This month, the German carmaker added the JCW version of the Country Man and Club Man to the Mini lineup. The Mini JCW hatchback model is already available and the Mini JCW convertible will be launched in the third quarter, the company said.

BMW expects to sell over 10,000 Mini vehicles this year, helped by the addition of those JCW models. Last year, 9,562 Mini models were sold in South Korea. Mini sales in the January-May period stood at 3,511 units, up 0.2 percent from 3,503 a year earlier. 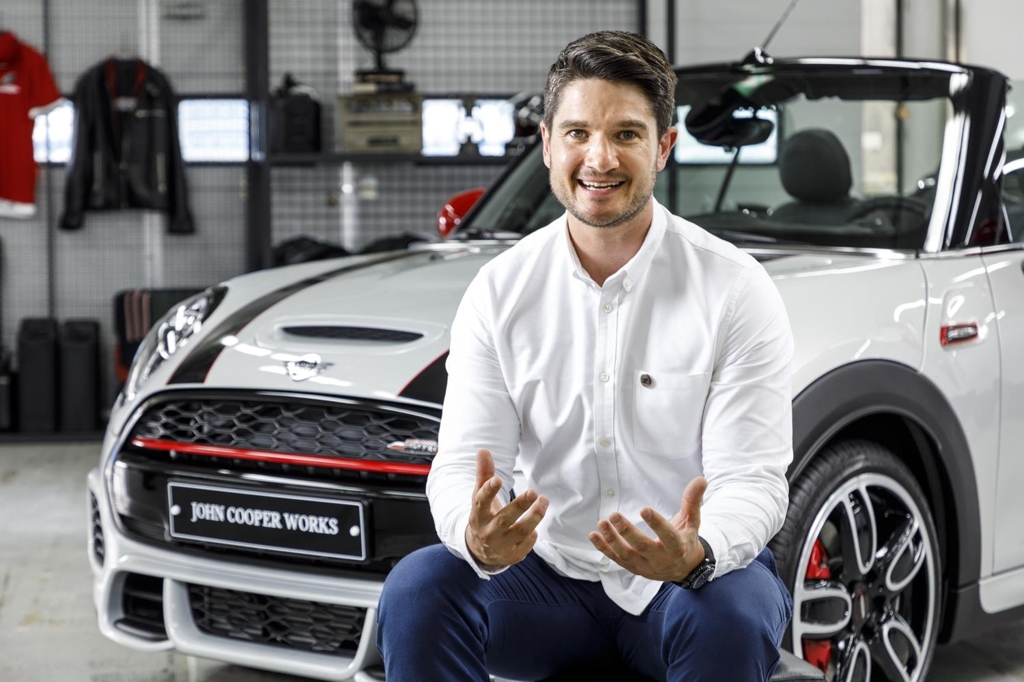 "The John Cooper Works brand is more well-known in Europe but I think there is a huge potential for growth here in Korea," Charlie Cooper, the grandson of Cooper Car Company founder John Cooper, told reporters on the sidelines of a Mini promotional event in Inje, 165 kilometers east of Seoul, Friday.

His father, John Michael Cooper, created a racing competition called the "Mini Challenge" to promote the Mini as performance car.

The company plans to promote not only their products but the brand's history and heritage. Matching the Mini brand and the JCW story and product will help lure Korean customers, the "ambassador of the Mini brand" said.

In Asia, Japan is the biggest market for the Mini. About 20,000 Minis are sold in the neighboring country annually. BMW aims to build up the Korean market to similar levels in the long term.

The German auto giant faces a tougher competition with archrival Mercedes-Benz and Audi Volkswagen in Korea to gain a bigger share in the Korean passenger car market, where six out of 10 imported vehicles sold in Korea are from Germany.

Overseas carmakers sold a combined 116,798 autos in the first five months, up 24 percent from 94,397 units a year ago, sales data from the Korea Automobile Importers and Distributors Association (KAIDA) showed.

KAIDA forecast registrations of imported vehicles will jump to 256,000 units this year from 233,088 sold last year as Audi Volkswagen aggressively promotes its vehicles to win back customers after the "dieselgate" emissions cheating scandal.