SEOUL, July 1 (Yonhap) -- South Korea may not be able to meet its 3 percent growth target this year amid a host of challenges ranging from poor employment figures to weak investment and consumption, local observers said Sunday.

The forecasts by a growing number of private economists have raised speculation that Seoul may be compelled to downgrade its annual growth estimate -- a tell tale sign of things not going to plan.

Skeptics said that Asia's fourth largest economy is further encumbered by a possible outflow of foreign capital and a high degree of household debt going into the second half that may fuel downside risks.

Household debt rose 8 percent on-year to 1,468 trillion won (US$1.34 trillion) in the first quarter, with the widening gap in key rates between South Korea and the United States causing worries about capital leaving the country.

Assessments by foreign and domestic investment banks and think tanks showed South Korea's average growth hovering around 2.9 percent this year with some, like ING Group, estimating expansion to fall off to just 2.6 percent. 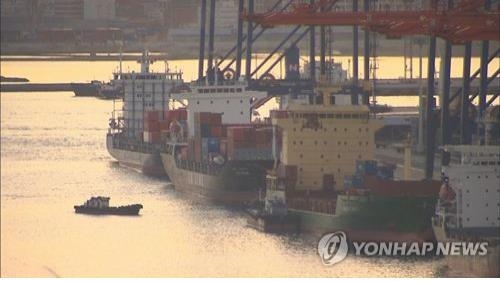 The most worrisome aspect of the data has been the weak job market -- an average of 149,000 jobs were created on a monthly basis in the January-May period. This is the lowest tally since the first five months of 2009, when Seoul was still reeling with the aftermath of the global financial crisis. At the time, there were 172,000 new jobs.

In addition, the latest industrial output data for May showed business investment contracting for three months in a row and consumption remaining in negative territory for two months, a clear sign that the economy is not doing well.

Observers, moreover, said a possible trade war between the United States and leading economies like China and the European Union is expected to pose fresh problems. Countries setting up barriers can be very detrimental to trading nations such as South Korea that need overseas markets to generate growth.

"The government got approval for the 3.83 trillion won extra budget two months ago yet domestic spending and job creation remains weak, and with the potential trade dispute on the horizon, the country attaining 3 percent growth this year may become more difficult," said Kim Jung-sik, a professor of economics at Yonsei University.

He further said there is a need to keep tabs on interest rate rises in the United States and China in the coming months since such developments could destabilize the financial market.

Reflecting this, foreign investors have sold more than 4.05 trillion won worth of local stocks more than they bought this year, which has played a part in the KOSPI, the country's main bourse, falling to around 2,300 from a high of 2,600.

Reflecting such trends, Joo Won a senior research fellow at HRI said the rise of household debt and those taken out by self-employed businesses could pose complications in the remaining months of the year. He added that the job market is not looking good at the moment and that Seoul may have to consider asking parliament for an even larger supplementary budget to keep the country's growth momentum going.

S. Korea may not attain 3 pct growth target in 2018 amid myriad of challenges: observers

S. Korea may not attain 3 pct growth target in 2018 amid myriad of challenges: observers