SEOUL, July 1 (Yonhap) -- An amusement park and retailers said Sunday they will offer temporary discounts to ordinary workers in a move to capitalize on the 52-hour maximum workweek.

South Korea, as of July, kicked off a reduction in maximum weekly working hours to 52 hours from the previous 68 hours. The move is aimed at helping people strike a balance between work and life.

Lotte World Adventure, a theme park operated by Lotte Group, said it will offer entrance tickets at 20,000 won (US$18) for adults and 15,000 won for children after 6 p.m. on week days until August. Tickets for adults and children usually cost 52,000 won and 43,000 won, respectively.

Lotte World Aquarium, which is also operated by the conglomerate, said it plans to sell admission tickets for adult and children at 18,000 won and 15,000 won, respectively, compared the normal prices of 31,000 and 27,000 won. The discount tickets will be available to any worker wanting to visit during business hours until Aug. 31.

Lotte Cinema, a major multiplex cinema chain run by Lotte Group, also said it will cut the cost of a movie ticket by 2,000 for workers after 6 p.m. during week days from July 2 to July 24.

Lotte Department Store has already sent discount coupons to its customers that can be used after 5 p.m. on week days until July 15.

Meanwhile, Shinsegae Department Store, operated by South Korean retail giant Shinsegae Inc., has created more than 90 cultural classes for customers, most of them taking place after 6 p.m. on week days, and weekends. 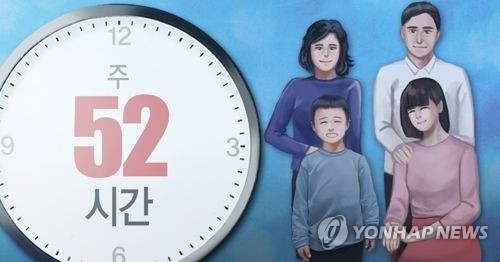