South Korea failed to reach the round of 16 at the 2018 World Cup after finishing third in Group F with one win and two losses. South Korea lost 1-0 to Sweden and fell 2-1 to Mexico but claimed a historic 2-0 win over defending champions Germany in their group stage campaign.

"I can't confirm whether I will certainly retire as I cannot make the decision on my own," Ki told reporters after arriving at Incheon International Airport. "But I did organize my thoughts to some extent."

Ki said he has been thinking a lot about his role with the national team. He was the most experienced player on the South Korean squad for this year's World Cup, with 104 caps. Russia 2018 was his third World Cup.

"For the last four years as a captain, I felt responsible for not leading this team well," he said. "I also felt sad when our players were struggling, and I also had a difficult time when South Korean football was heavily criticized." 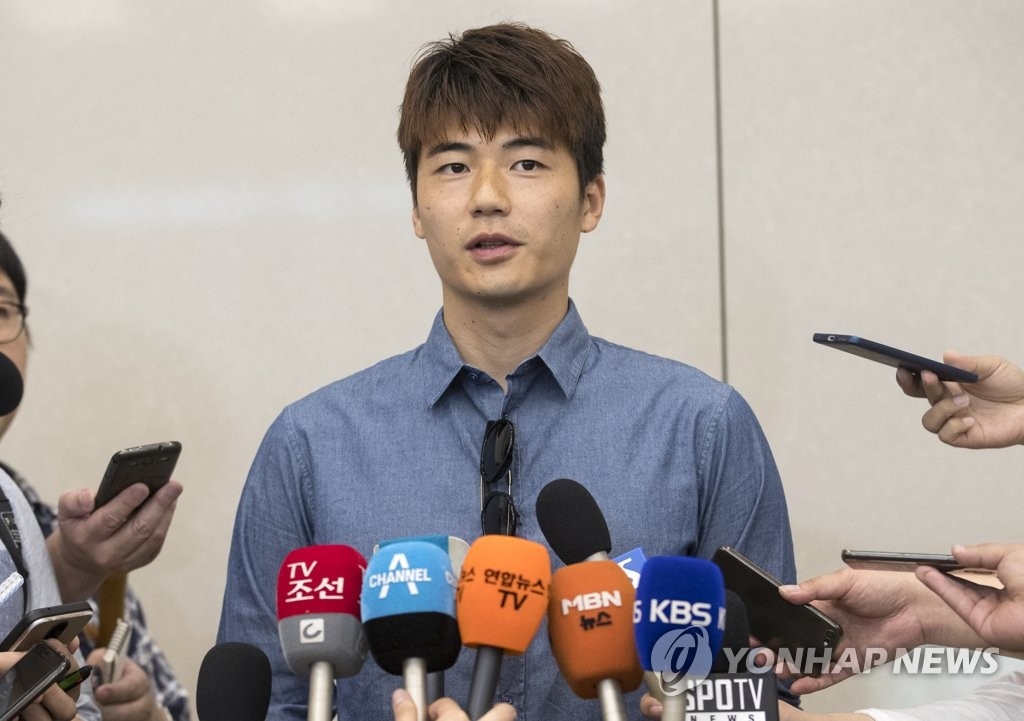 The 29-year-old midfielder said he has consulted with many people on his career with the national team.

"In a situation where South Korean football needs to prepare a four-year plan again, I wasn't sure whether I can help this team," he said. "I saw many coaches come and go and felt considerable responsibility on my shoulders as a captain, so that really tired me out. But I haven't made up my mind yet. I will announce it when the time comes."

Ki, however, confirmed that Russia 2018 was his last World Cup. He missed South Korea's final group stage match against Germany due to a calf injury.

"I had mixed feelings because it was my last World Cup," he said. "There were many difficult moments, but as a captain, I want to thank our players for not giving up until last moment. If we had prepared for the World Cup more systemically, I think we would have had better results."

Ki said he hoped the players can make improvements after experiencing the 2018 World Cup.

"It's a pity that we can't call it a success considering our results, but I feel proud that the players gave a memorable performance in the last group stage match," he said. "I hope the players can prepare well for the next four years and improve South Korean football."

South Korea's World Cup squad returned home on Friday, but Ki didn't join them as he flew Britain to complete his move from Swansea City to Newcastle United in the English Premier League.

"When I started to play in Europe, I cared about the national team whenever I made decisions," he said. "Until now, I've sacrificed for my national team, and I considered my national team important, so I had picked a club where I can play many games. But now the World Cup is over, and I don't have to do it that way."

Ki, who also had stints with Celtic and Sunderland, said playing for Newcastle would probably his final challenge in Europe.

"It's true that competition for starting spots is fiercer than before, but it's the biggest team that I've signed with, and I thought I could learn something with this club," he said. "That's why I chose Newcastle because those things really attracted me."