SEOUL, July 1 (Yonhap) -- South Korea said Sunday that its records on currency market intervention in the second half of this year will be posted on the website of the Bank of Korea in March of 2019.

The move is part of South Korea's efforts to boost transparency and clear itself of suspicion of exercising undue influence on exchange rates.

The information subject to disclosure is the net amount of U.S. dollars used for selling and buying by South Korea's currency authorities. The quarterly releases will begin in the third quarter of 2019.

The dollar traded at 1,114.5 won on June 29, up from 1,077.2 won on June 14. For exporters, a weak won results in increased income when their dollar-denominated overseas earnings are converted into the local currency. A weaker local currency also gives locally made products greater price competitiveness in the global market.

South Korea's financial authorities have persistently claimed they do not interfere in the foreign exchange market but only engage in "smoothing operations" against extreme one-sided movements.

In April, Washington kept South Korea on its "monitoring list" but did not designate it as a currency manipulator.

Washington has vowed to aggressively keep tabs on and combat unfair currency practices, saying the United States cannot and will not bear the burden of an international trading system that, it claims, unfairly disadvantages American exports and gives an edge to its trading partners. 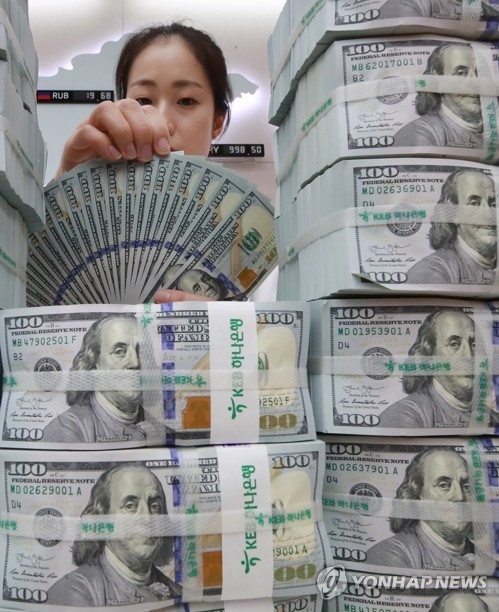