SEOUL, July 1 (Yonhap) -- South Korea has been included on the shortlist for a nuclear project in Saudi Arabia, boosting hope for its second export bid in the Middle East following a deal in the United Arab Emirates (UAE), Seoul's energy ministry said Sunday.

The kingdom plans to build two nuclear reactors with a total generating capacity of up to 2.8 gigawatts by 2030 and is expected to finalize the deal next year, the ministry said.

The state-run Korea Electric Power Corp. is leading a consortium with its subsidiary, the Korea Hydro & Nuclear Power Co., for the multi-billion dollar contract.

The lucrative deal is the second chance for South Korea to tap into the Middle East market following a US$20 billion contract with the UAE in 2009. 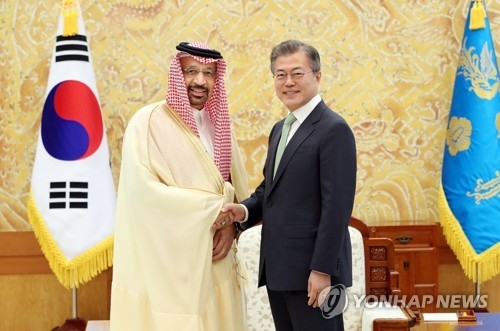