Park defeated fellow South Korean Ryu So-yeon and Japanese teenager Nasa Hataoka in a playoff to claim the weather-interrupted KPMG Women's PGA Championship at Kemper Lakes Golf Course in Kildeer, Illinois, on Sunday (local time). After Hataoka was eliminated in the first playoff hole, Park beat Ryu with a birdie on the second playoff hole to take home US$547,500.

Park's previous major victory came at the U.S. Women's Open in 2017, a historic season in which she also grabbed the Rookie of the Year award and the money title while sharing the Player of the Year honors with Ryu.

Park, world No. 6 who now has four LPGA wins, got off to a sluggish start to 2018 before winning the Volunteers of America LPGA Texas Classic on May 6. With this major title, Park's early season woes -- which saw her miss two cuts in seven starts with one top-10, after not missing any in 23 events last year -- are well behind her.

Park is one of five South Koreans to win on the tour this year, and she is the first from the contingent to grab multiple titles in 2018.

All three LPGA major champions this year have been determined in playoffs. 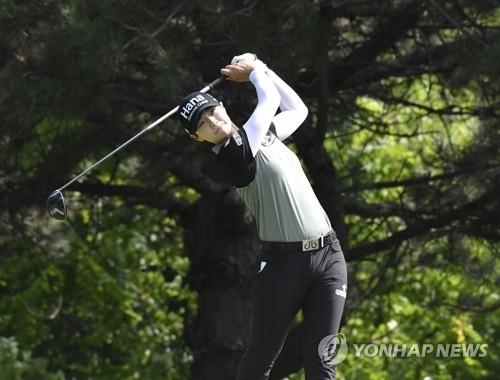