The average risk-weighted rate on new credit loans came to 4.56 percent in May, up from an all-time low of 3.78 percent in August last year, according to the data from the Bank of Korea.

In contrast, the average lending rate on new home-backed loans increased to 3.49 percent from 3.28 percent during the same period.

The jump in unsecured loan rates was attributed to an uptrend in market interest rates, influenced by rate hikes by the BOK and foreign central banks. 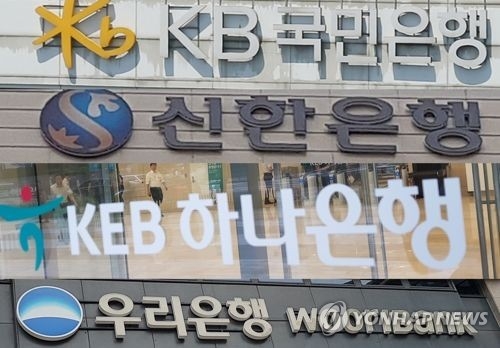 Market watchers voiced worries that the upturn in credit loan rates may result in an increased amount of soured loans down the road.

According to the BOK data, lending rates for borrowers with mid-level credit risks have increased by a wide margin over the cited period.

On top of rising lending rates, the amount of unsecured loans has also been going up in recent months as homebuyers turn to credit lending amid tighter regulations on mortgages.

According to separate data by the central bank, unsecured loans extended by banks and non-bank lenders grew by 16.7 trillion won (US$15 billion) between the third quarter of last year and the first quarter of 2018.

Late last month, the nation's financial regulator said it will step up monitoring of financial institutions' credit loans in a pre-emptive move to prevent defaults.
(END)