SEOUL, July 2 (Yonhap) -- South Korea's stock market is expected to remain range-bound in the second half of the year due to a possible slowdown in the country's economic growth, asset managers said Monday.

The benchmark Korea Composite Stock Price Index (KOSPI) has been volatile in recent weeks amid negative external factors. The local bourse closed last week on a weaker note, overwhelmed by a possible trade war between the United States and other economies like the European Union and China, with the KOSPI ending at 2,326.13 points Friday, down 1.32 percent from a week ago.

Market analysts said the local stock market is likely to neither nose-dive nor shoot up but move in a tight range during the second half of the year due to jitters over economic growth at home and abroad.

"The bull market appears to be over, and the local bourse will likely remain range-bound for the remainder of the year," said Choi Woong-pil, an executive at KB Asset Management Co. "A market rally driven by large caps came to an end late last year."

"There is a possibility that the KOSPI may move sideways in the second half instead of rising or falling sharply," Lee said. 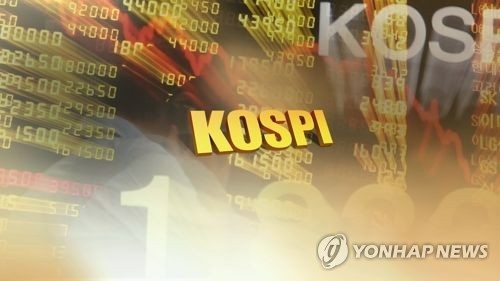 In light of that, Lee advised investors to focus on value stocks and small and mid-cap issues, rather than growth stocks or large caps.

"Investments in small and medium-sized caps are likely to be more profitable than those in large caps, given big firms' lower earnings growth and the South Korean government's policy favorable to smaller companies," he said.

"Small and mid-cap issues have underperformed the overall market for the third consecutive year. They are undervalued and the time has come (for them to rise)," Huh said.

The growth rate of the South Korean economy may continue to slide down the road amid a possible downturn in the world economy, he said, advising investors to put their money in value stocks, or companies that tend to trade at a lower price relative to their fundamentals, and high-dividend issues.

In late May, the Bank of Korea (BOK) held its growth forecast for Asia's fourth-largest economy at 3 percent for 2018, the same as that of the International Monetary Fund and the Economic Co-operation and Development. But local private think tanks are more pessimistic that the economy's growth rate may hover below 3 percent this year.
(END)