SEOUL, July 2 (Yonhap) -- After suffering a group stage exit at the 2018 FIFA World Cup, South Korea are set to shift their focus to the Asian Games, with all eyes on the possible selection of Son Heung-min.

South Korea's World Cup squad was officially disbanded on Friday after its return from the World Cup in Russia. The Taeguk Warriors failed to reach the round of 16 after finishing third in Group F. They lost 1-0 to Sweden and fell 2-1 to Mexico but blanked defending champions Germany 2-0.

After their four-year journey to football's showpiece event ended with regrets, South Korea will now move on to the Asian Games in Indonesia, where they will try to defend their gold medal.

The men's football competition at the Asian Games will be held from Aug. 14 to Sept. 1 with 32 teams. South Korea are one of the eight seeded teams.

Only players born in or after January 1995 are eligible to take part in the men's football competition at the Asian Games, but a maximum of three players who are older than 23 can also be included on the official list of 20 players. 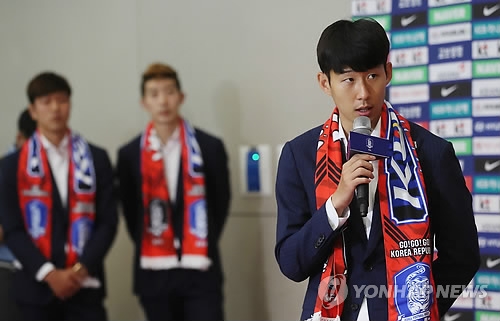 South Korea's under-23 head coach Kim Hak-bum is expected to announce his final Asian Games squad later this month. He recently called up 25 players and trained with them in Indonesia from June 12 to 24.

Although Kim has yet to confirm three overage "wild card" selections, the 58-year-old coach had been repeatedly hinting at picking Son for the Asian Games.

Son, 25, scored two goals at the World Cup and lived up to his reputation as South Korea's attacking ace. After returning home from Russia, the Tottenham Hotspur attacker said it's up to Kim to select him, but he is also in talks with his English Premier League club to release him for the Asian Games.

The Asiad is not on FIFA's calendar, and clubs are not obligated to release their players for the competition. But for players like Son, the Asian Games is an important tournament because they can earn military service exemption by winning a gold medal.

All able-bodied South Korean males must serve roughly two years in the military. For athletes, however, winning an Asian Game gold medal or an Olympic medal of any color can reduce their time in the armed fores, as they'd then only have to do four weeks of basic training. 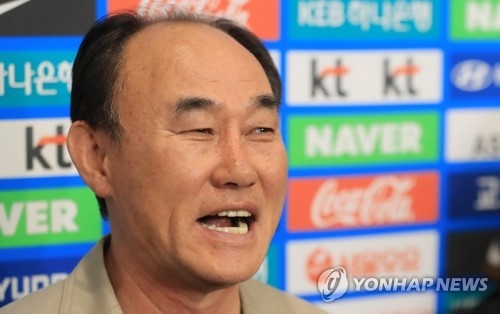 Son was not on the South Korean team that won a bronze medal at the 2012 London Olympics and a gold medal at the 2014 Asian Games. To extend his impressive career in Europe without interruption, grabbing the gold at the 2018 Asian Games is important for Son.

Son may partner with his teammates at the World Cup if he gets selected. Red Bull Salzburg forward Hwang Hee-chan, 22, and Hellas Verona attacker Lee Seung-woo, 20, are both eligible to play, although their European clubs have yet to approve their Asian Games participation.

Among those who competed at the 2018 World Cup, South Korea's starting goalkeeper Jo Hyeon-woo is also rising as one of the potential wild card selections, but Kim has yet to mention his name.

Jo, 26, attracted international attention through this World Cup with acrobatic saves, and was named the Man of the Match in the match against Germany. After the World Cup, the Daegu FC goalkeeper said he wants to play for European clubs in the future, but chances are not that high since he also needs to complete his military service first.

Kim's team has been using Song Bum-kun and Kang Hyun-moo in net. Both Song and Kang are also starting goalkeepers on their respective clubs in the K League 1. Song plays for league leaders Jeonbuk Hyundai Motors, while Kang is with the Pohang Steelers. 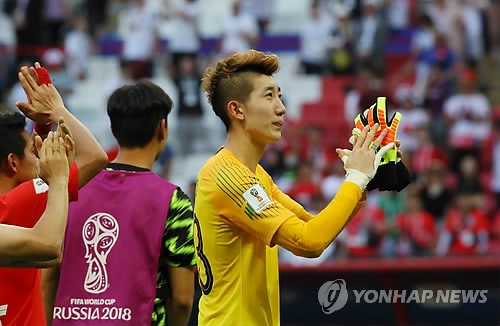