Rival parties passed a June extraordinary parliamentary session without reaching an agreement over how to form the 18 committees that will operate in the second half of the 20th National Assembly's four-year term.

They barely started consultations last week even though the former speaker's two-year term ended in late May. Opposition parties have also been grappling with their huge defeat in the June 13 local elections.

"It is urgent to agree on the committee negotiations as soon as possible," Hong Young-pyo, the DP's whip, said at a meeting with senior party officials. "We need to complete the consultation this week at the latest."

He expressed regret that the National Assembly is inactive even though a pile of bills linked to people's livelihoods are pending.

"Newly elected officials are taking care of people while not holding their inauguration ceremonies (because of heavy rains). But it is regrettable that only the parliament is not doing its part," he added.

Tough negotiations are expected over the election of the parliamentary chairmanship and the distribution of standing committees.

The main opposition Liberty Korea Party (LKP) is reportedly sticking to plans to defend key committee chairmanships to prevent the DP from controlling the legislative branch. 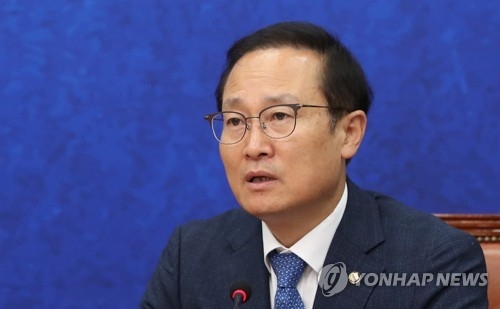