SEOUL, July 2 (Yonhap) -- Samsung Electronics Co. is offering a discount for its flagship Galaxy Note 8 smartphone starting this month, industry sources said Monday, around a month ahead of the showcase of its predecessor.

The move apparently came as the tech giant is seeking to reduce its inventory of the Galaxy Note 8, as it plans to showcase the presumed Galaxy Note 9 in August. Samsung said earlier it will host an "Unpacked" event on Aug. 9, 2018, at New York's Barclays Center.

Industry watchers said the discount is significant as Samsung normally offered discounts for older models after the launch of successors. Samsung discounted prices of the Galaxy S8 series after the Galaxy S9 hit shelves.

The latest move accordingly reflects the sluggish sales of high-end smartphones, they added. 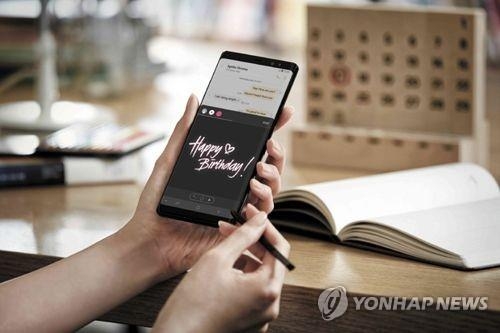 Samsung cuts cost of Galaxy Note 8 ahead showcase of successor

Samsung cuts cost of Galaxy Note 8 ahead showcase of successor