SEOUL, July 2 (Yonhap) -- South Korea's bourse operator said Monday it will strengthen cooperation with global entities to attract more foreign investment into the country's secondary stock market so as to turn it into the world's top trading venue for tech shares.

The tech-laden KOSDAQ market marked the 22th anniversary of its establishment on Sunday, as it was created in 1996 and modeled after the NASDAQ market of the United States.

Since its opening, the total market capitalization has spiked over 35 times from 7.6 trillion won (US$6.79 billion) in the first year to 267.68 trillion won as of the end of last month, according to the data by the Korea Exchange (KRX).

The daily trading volume, which came to around 2 billion won in 2006, jumped to about 6.3 trillion won on average during the first six months of this year.

The proportion of institutions and foreign investors has been on a constant rise to 5.0 percent and 8.8 percent, respectively, the data showed.

Despite such growth, the market has shown limited growth potential, as it has yet to break the 1,000-point mark. The index finished at 789.82 on Monday.

Critics also pointed out that the KOSDAQ market failed to fully regain public confidence after the bubble burst in the early 2000s while showing high volatility, causing a series of blue chips to move to the top-tier KOSPI market.

"We will put forth diverse incentives to induce more reliable, large-sized firms to go public on the KOSDAQ market, as well as a variety of financial products linked to the secondary bourse, while trying to resolve structural problems that hinder the market's future growth," said KRX official Jeong Woon-soo.

While seeking internal, substantial growth, the KRX also vowed efforts to expand further into the global market to make the KOSDAQ the world's top-tier bourse for tech shares.

As one of its envisioned plans, the KRX is pushing to have blue chips on China's Shenzhen Stock Exchange listed on the South Korean bourse.

"Close cooperation with global capital markets will boost global investment demands for the KOSDAQ shares, which will serve as a new growth engine for the stock market and the listed companies as a whole," said Kil Jae-wook, chief of the KRX's Kosdaq Market Division. 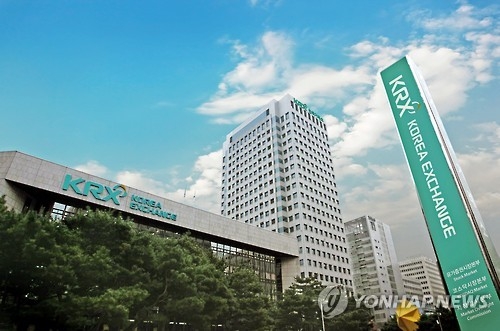