SEOUL, July 2 (Yonhap) -- The state-run Korea Gas Corp. (KOGAS) said Monday it has signed a memorandum of understanding with Australia's Woodside Petroleum on collaboration in the research and development of hydrogen fuel.

KOGAS, the world's second-largest importer of liquefied natural gas (LNG), signed the agreement with the Australian company on the sidelines of the World Gas Conference held in Washington D.C. from June 25 to 29.

The two companies agreed to expand join research and development into producing hydrogen fuel from natural gas, as well as on the manufacturing, operation and management of hydrogen fuel, KOGAS said.

At present, an electric current is used to turn water into hydrogen and oxygen, but converting natural gas into hydrogen is considered a cheaper, more efficient method of producing the emission-free fuel.

The government aims for there to be about 15,000 hydrogen vehicles and 310 charging stations nationwide by 2022 to tackle air pollution problems and promote next-generation vehicles. 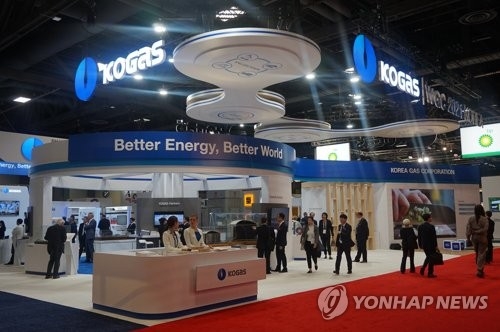