Lee Chae-pil, who served as labor minister from 2011-13, is suspected of involvement in the National Intelligence Service's scheme to establish a third labor umbrella group in 2011 to counter the traditional union groups, the Korean Confederation of Trade Unions (KCTU) and the Federation of Korean Trade Unions (FKTU).

Lee was accused of asking the intelligence agency to support the new conservative labor group, which later merged with the FKTU in 2014. Lee denied any wrongdoing when he appeared at a prosecutors' office for questioning last week. 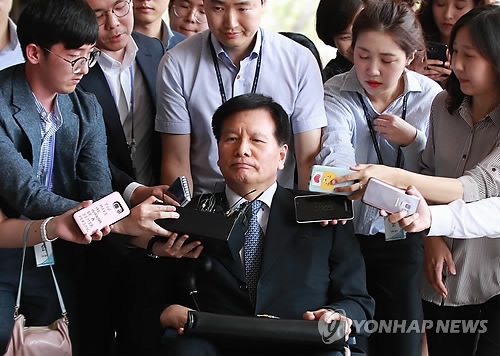