SEOUL, July 2 (Yonhap) -- K-pop girl group Apink released new album "One & Six" on Friday, their first record since all six members renewed their contracts with their agency, Plan A Entertainment.

"We had an early renewal of contract. We had good ties among us and didn't have any issues bothering us when we marked the seventh anniversary of our debut," member Jung Eun-ji said in a showcase of the new record.

This year marks the sextet's seventh year since their debut -- normally a moment when K-pop acts decide whether to stay with their current agencies. The government recommends seven years as the preferred duration of talent contracts. 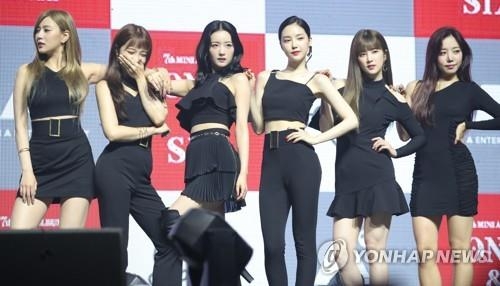 "With our new album, we made a vow to show you many more colors of ourselves," she said. "Our main song, 'I'm So Sick,' will be the one we put that vow into action."

The lead song, as Jung said, is a major turnaround from Apink's previous discography, which focused on the group's angelic and innocent image.

Clad in mature, black outfits, Apink tells the story of a woman's break-up with a lover on the track. 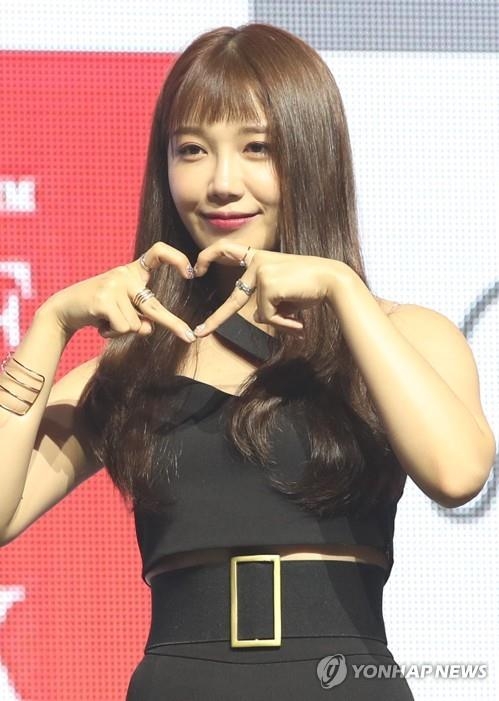 "Since we were well aware of what aspects of Apink appeal to the public, we were worried about the change," member Park Cho-rong said. "But we felt that we would be able to do more varied music in the future only when we successfully digest a concept like this."

"So far we have used images like innocence and sentimentality, and this time we wanted to make a leap forward," member Kim Nam-joo said. "So we came up with a new direction of 'charismatic purity' in our choreography, stage costumes and styling."

The group is undaunted as they enter the highly competitive summer record scene that has brought out almost all of their rival girl bands.

"We get to learn a lot as other girl groups come up with concepts that we have not done," Park said.

Jung weighed in, saying, "We are just grateful for this moment of coming back with a full line-up for the first time in one year and two months. We are happy to be part of the competition."

The seventh Apink EP, "One & Six," was named to bring together the "Six" members with the fans united as "One" for their seventh anniversary, according to their agency. This is the girl band's first record since their EP "Pink UP" was released in June last year. 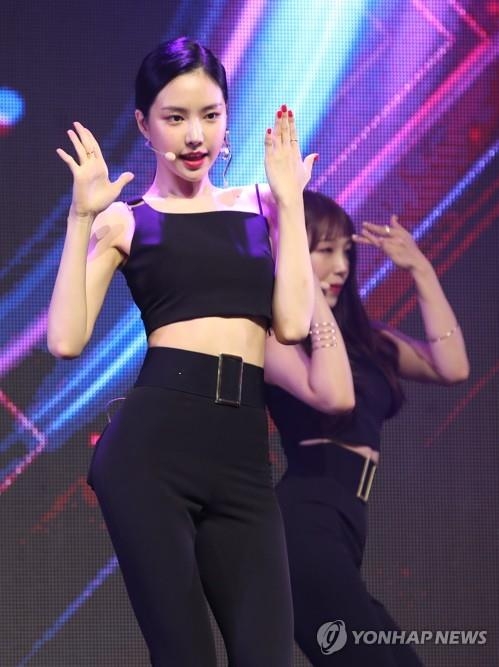