Kang asked for the Thai government's "proactive cooperation" with Seoul's efforts to broaden ties with the ASEAN member countries during the talks held in Bangkok.

The two sides also discussed how to increase bilateral ties in culture, the economy, defense manufacturing and other areas as the two nations mark the 60th anniversary of their diplomatic ties this year.

The Thai prime minister expressed his support for Seoul's diplomatic push to denuclearize the Korean Peninsula as well as its efforts to step up ties with Thailand. 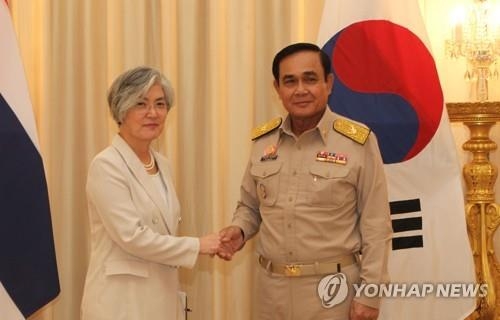