Perry, who served as defense secretary during the Clinton administration, made the case in a contribution to Politico magazine while noting the difficulties that lie ahead.

He acknowledged the skepticism that remains, especially following an NBC report that North Korea continues to enrich uranium for nuclear weapons, but still held out hope.

"Expectations of solving a decades-long standoff with a sudden, made-for-TV breakthrough were never very realistic," Perry wrote, alluding to the June 12 Singapore summit between U.S. President Donald Trump and North Korean leader Kim Jong-un. "But recent events have demonstrated something important: The North Koreans are willing to engage seriously, and diplomacy remains by far the most promising path in one of the world's most dangerous places."

At the summit, Kim committed to work towards the "complete denuclearization" of the Korean Peninsula in exchange for security guarantees from the U.S. That followed a flurry of rare summit diplomacy between Kim and the South Korean and Chinese presidents, to whom the North Korean leader made the same pledge.

While there is skepticism about the actions' significance, North Korea also recently demolished its nuclear test site and suspended nuclear weapons and ballistic missile testing. 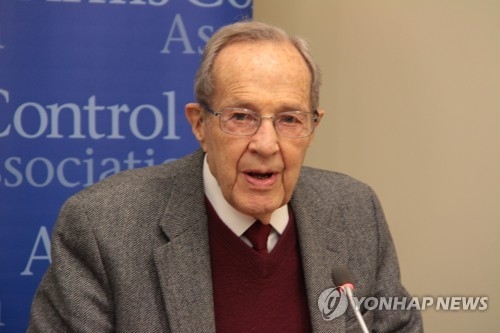 Perry called for serious contemplation of ways to convince North Korea that it can meet its apparent goal of regime survival without nuclear weapons.

"This is not a hopeless task," he said. "In my negotiations in 2000 our most persuasive proposals were recognition and security assurances -- both were critically important to the negotiators from North Korea."

With the advances in North Korea's nuclear program, Perry noted it may be a more difficult task. But the current political environment is different from two decades ago as South Korea has emerged as a viable partner for the North in negotiations, while Trump has a Republican-controlled Congress to back any agreement he strikes with the North.

"Although the negotiations will be difficult and complex, they could be successful if the three parties enter them with good faith and make good use of the experiences -- both good and bad -- of previous negotiations," Perry noted. "And if the negotiators succeed, they will have solved a very dangerous problem that has eluded other negotiators for more than two decades ... In the meantime, we have much hard work ahead. It won't be easy, and it won't be quick."