Park jumped four spots to reach No. 2 in the latest rankings, right behind countrywoman Park In-bee.

Ryu rose a spot to No. 4. She would have claimed the No. 1 ranking with a victory last weekend but blew a two-stroke lead with two holes to play in regulation.

Park Sung-hyun spent one week at the top of the rankings last November, becoming the first rookie to reach No. 1. She opened 2018 at No. 2 but dropped to No. 6 on June 18 before returning to the second-highest spot this week.

Park In-bee has been No. 1 since April 23. There is one other South Korean inside the top 10, with Kim In-kyung having moved up a notch to No. 7.

Korean tour rookie sensation Choi Hye-jin fell out of the top 10 this week, slipping from seventh to 11th. 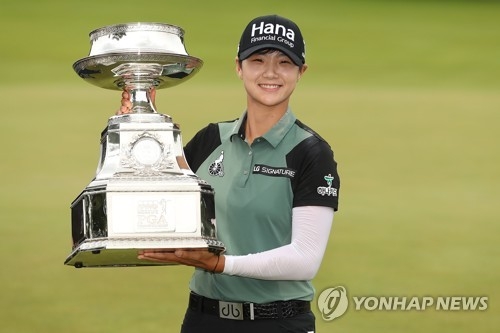