SEOUL, July 3 (Yonhap) -- Host South Korea has earned the No. 1 seed for an LPGA international team competition to take place this fall.

South Korea locked down the top seed for the UL International Crown when the final field of 32 players -- four players each from eight participating nations -- was set based on the latest world rankings released Tuesday following the latest LPGA major, the KPMG Women's PGA Championship.

The 2018 UL International Crown will be the third edition of the biennial event and will take place from Oct. 4 to 7 at Jack Nicklaus Golf Club Korea in Incheon, 40 kilometers west of Seoul -- the first time it'll be played outside the United States.

The U.S., the 2016 International Crown champion, was seeded No. 2. The remaining six nations are, in order of their seeds, Japan, England, Australia, Thailand, Sweden and Taiwan.

The field was determined by the world ranking positions of the top four players from each country. South Korea boasts four top-10 players -- world No. 1 Park In-bee, No. 2 Park Sung-hyun, No. 4 Ryu So-yeon and No. 7 Kim In-kyung.

They have won a combined 36 LPGA tournaments, including 12 major championships, with Park Sung-hyun having claimed the most recent major last weekend.

Of those four, Ryu played in both of the first two International Crowns, and Park In-bee and Kim were Ryu's teammates in the 2016 event. Park Sung-hyun, who shared the LPGA Player of the Year award with Ryu in 2017, made her first International Crown team.

South Korea tied Japan for third place at the inaugural International Crown in 2014 and then finished runner-up to the U.S. two years later.

Among other notables, Thailand will feature top-10 ranked sisters, Ariya (No. 3) and Moriya Jutanugarn (No. 9). The Japanese team will be led by teenage sensation Nasa Hataoka, who won the Walmart NW Arkansas Championship two weeks ago and lost in a playoff to Park Sung-hyun at the KPMG Women's PGA Championship last weekend. The 19-year-old has soared from No. 44 at the start of the year to No. 12 in the rankings this week.

Australia has two players of Korean descent in Minjee Lee, a Perth native, and Su Oh, who was born in Busan and moved to Down Under at age 8.

If a player ranked in the top four of a pre-qualified country is unable to compete in South Korea, or chooses not to compete, that spot will be filled by the next highest-ranked available player from this week's world rankings. But player substitutions will not be allowed once pairings are published for the first round of matches on Oct. 4. 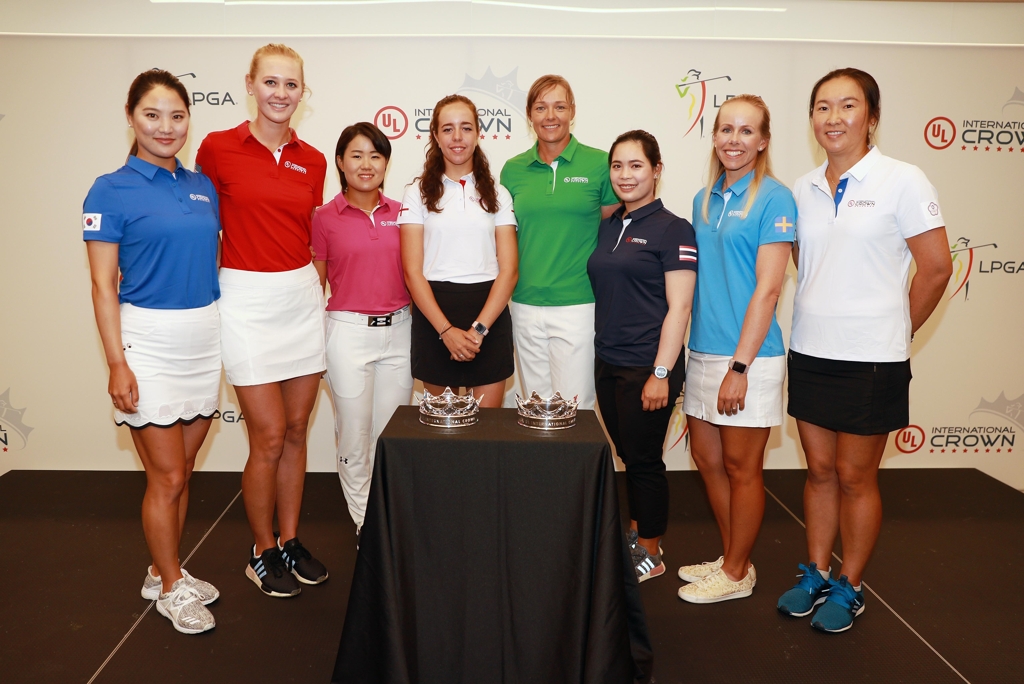