The Ministry of Trade, Industry and Energy hosted the "Seoul International Forum on Trade Remedies 2018" at the Convention and Exhibition Center to address concerns over rising protectionist trends. 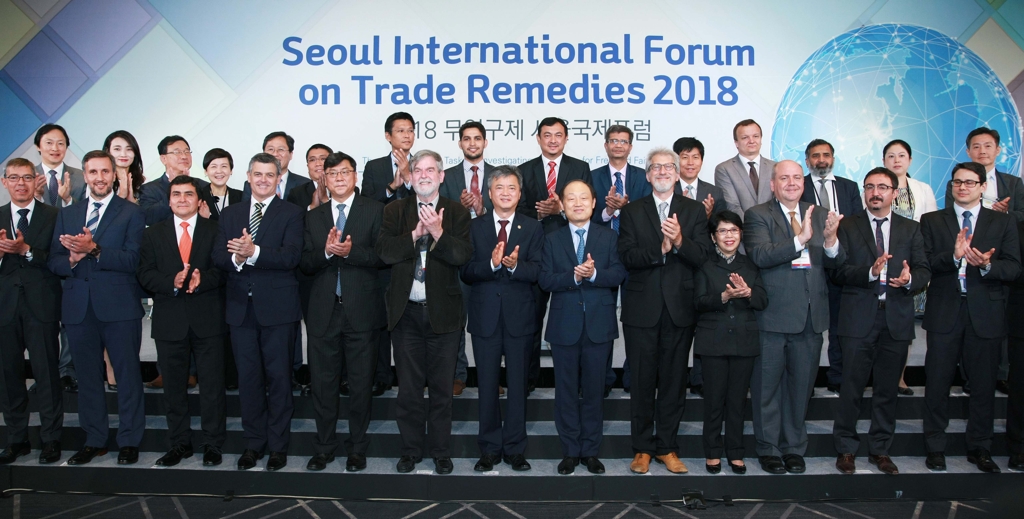 Representatives from 20 nations, including the United States, China, the European Union and the World Trade Organization (WTO), shared consensus that the trade remedies should be used against unfair and illegal practices in a transparent manner, the ministry said.

The U.S. and China are on the brink of a full-scale trade war as both sides have threatened to impose new trade tariffs worth $50 billion starting Friday.

U.S. President Donald Trump laid out a list of more than 800 strategically important imports from China that would be subject to a 25 percent tariff, including cars. China vowed to retaliate with 25 percent tariffs on 659 U.S. products, ranging from soybeans and autos to seafood.

"Trade remedy organizations should be fairly and transparently operated in accordance with the WTO rules," Vice Industry Minister Lee In-ho said in an opening speech. "We should put concerted efforts toward raising predictability to tackle the trade protectionism and promote free trade."

The U.S. levied the highest number of trade remedy measures of 40, including the safeguard duties on Korean washers and solar products in February, followed by India with 30, while South Korea currently imposes anti-dumping duties on 18 items by 33 nations, it noted.