SEOUL, July 3 (Yonhap) -- Boy group Monsta X will finish its three-month-long world tour in Seoul next month to express thanks for the support of its local fans, the group's agency said Tuesday.

The seven-piece act performed in Seoul in May on the first leg of its world tour that has taken the group to 18 cities around the world, such as London, Amsterdam, Madrid and Bangkok.

Starship Entertainment said the seven-piece act will perform again at Seoul's Olympic Park on Aug. 25-26 following the tour "for local fans who have long been waiting for the band's return."

The group is scheduled to continue the tour in Hong Kong on July 10, in Taiwan on July 14 and Brazil's Sao Paulo on Aug. 12. 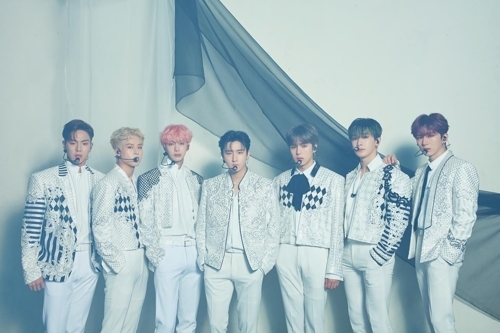 Monsta X to wrap up its world tour in Seoul

Monsta X to wrap up its world tour in Seoul