SEOUL, July 3 (Yonhap) -- More than six decades ago when its headquarters was ensconced in central Seoul, the U.S. Forces Korea (USFK) faced the grim reality of a war-ravaged South Korea gripped by fears of communist expansion at the height of the Cold War.

At present, however, the once impoverished ally is anything but weak. It boasts a well-equipped military, vibrant democracy and extensive diplomatic networks, not to mention economic wealth, on which the USFK relies for the upkeep of its 28,500 troops.

Such a transformation, coupled with the emerging mood for peace on the peninsula, has given the hard-bitten U.S. contingent some breathing space to explore long-term strategic visions that may go beyond its priority task of deterrence against North Korea, analysts said.

Against this backdrop, the USFK relocated its headquarters last Friday to Camp Humphreys in Pyeongtaek, America's largest overseas base about 70 kilometers south of Seoul, from Yongsan at the heart of the South Korean capital.

The relocation farther away from the inter-Korean border could give the USFK more room to look at its place in the broader regional security context, experts said, though Pyongyang's still-potent nuclear and missile threats may continue to compel it to focus on the deterrence function. 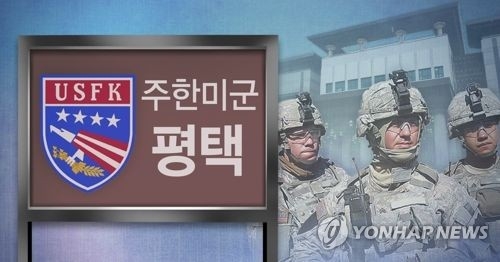 "(Following the relocation), the USFK is now in a strategic position to play a role as a stabilizer in Northeast Asia. ... Pyeongtaek is located in a crucial point that could make it efficient for the USFK to project its power in case of regional conflicts," said Park Won-gon, a security expert at Handong Global University.

"To be more explicit, Pyeongtaek could serve as a staging base for the U.S. military to cope with security uncertainties rampant in Northeast Asia," he added.

The relocation followed North Korean leader Kim Jong-un's pledge to seek the "complete" denuclearization of the peninsula and cross-border reconciliation, which has spawned speculation over a possible shift in the USFK role, mission and modus operandi.

Since the early 2000s, Washington has been pursuing a realignment of its troops on the peninsula for enhanced "strategic flexibility" to ensure that they can be readily deployable for a wider range of regional contingencies.

However, the project has been constrained by Pyongyang's evolving threats and Seoul's worries that its ally's involvement in a conflict outside the peninsula could needlessly entangle it in the confrontation.

Despite the constraints, the USFK has continued to reconfigure its force structure with the introduction of rotational forces that would make it more agile and maneuverable, and highly adaptable to various combat environments.

"The U.S.-ROK forces have for years debated the concept of 'strategic flexibility' for supporting new roles, missions, and capabilities that would cover a wider, multifunctional expeditionary context, including regional contingencies beyond the Korean Peninsula," said Michael Raska, assistant professor at the S. Rajaratnam School of International Studies of Nanyang Technological University in Singapore.

But the professor noted that it is "too soon" to conclude that the North Korean threat has dissipated in a way that enables the U.S. troops in the South to look immediately beyond the peninsula.

"So for now, the USFK-ROK forces will likely focus on core capabilities to ensure the deterrence and defense of the ROK. In the long run, however, the U.S. may shift its strategies to focus more on countering China and Russia's power projection in East Asia," he said.

Indeed, the North's military threats still remain menacing, as it has yet to take any significant step toward conventional arms control and denuclearization, a convoluted process still up for negotiations with Washington.

USFK Commander Gen. Vincent Brooks was among the first to recognize the threats.

"We shouldn't avoid the reality that (North Korea's) physical capability is not yet gone," he said during a forum last Wednesday. 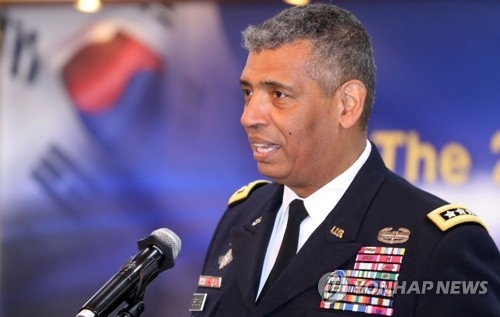 Washington's justification for using the USFK for regional roles may be based on its 1953 alliance treaty with Seoul, whose collective defense coverage stretches to a broader Pacific region and territories under their administrative control..

Ongoing peace efforts with the North also fueled the hope that Seoul may be relieved of its hitherto intensive task to deter Pyongyang and consider a new defense role that would serve the security interests of both allies, observers said.

"USFK and ROK forces already contemplate wider regional missions, and there could be a growing appetite for expeditionary operations designed to demonstrate support for shared interests and values off the peninsula, including in the South China Sea and throughout parts of the Indo-Pacific region," said Patrick M. Cronin, senior director of the Asia-Pacific Security Program at the Center for a New American Security.

"Supporting principles of settling disputes through diplomacy, not coercion or unilateral changes to the status quo, could well bring Seoul into common action with others," he added.

Cronin also noted that during the process of entrenching a lasting peace on the peninsula, the USFK has an array of roles to play, such as monitoring the denuclearization process and fending off unwanted foreign influence here.

"As China continues its military buildup and becomes more assertive, US-ROK forces may need to demonstrate a capability to impose costs on outside interference. ... A strong alliance, even if reduced in numerical troop strength, could provide a pillar of stability in Northeast Asia," he said.

An expanded role of the USFK, however, could put Seoul in an embarrassing position given an intensifying rivalry between Washington and Beijing, analysts said.

"The character of the Pyeongtaek headquarters may depend on how the U.S.-China rivalry would unfold," said Kim Tae-hyun, an international politics professor at Chung-Ang University.

"Should the relations between the two major powers deteriorate, should China undertake a more assertive foreign policy stance, should the U.S. seek to strengthen its world leadership, then all these would influence the character of the headquarters."