Ku Bon-tae, vice minister of external economic affairs, arrived in Beijing on Monday and held a series of meetings with China's officials in charges of economy and trade policies and business executives, according to the sources.

Before Ku's arrival, the North Korean Embassy had contact with the Far Eastern Group, a Chinese conglomerate, to discuss large-scale joint venture projects, they noted.

Ku's trip, which followed North Korean leader Kim Jong-un's visit to China on June 19-20, appears to be intended to ask Beijing to ease sanctions on the North in return for its denuclearization pledge and discuss energy sector cooperation, including an expansion of the electrical grid in the North, the sources said. 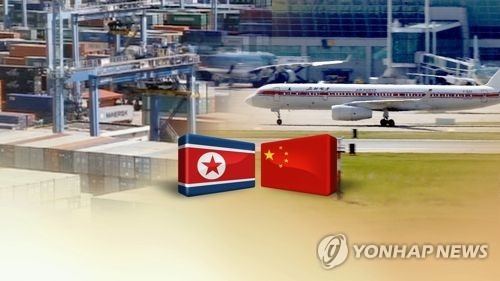 "The fact that a vice minister-level North Korean official was received at an airport VIP room and whisked away in a Chinese vehicle seems to indicate that Beijing has begun full efforts to strengthen economic cooperation with the North," a source said.

According to the sources, two officials of the North Korean Embassy in Beijing traveled to Yixing, a city in southern Jiangsu Province, last Wednesday to meet with a top executive of the Far Eastern Group, which is involved in electrical cables, medicine, real estate and investment.

The North Korean Embassy officials reportedly asked for cooperation in electrical cables and other fields that are critical to infrastructure construction and an improvement of people's livelihoods, and the Chinese conglomerate responded positively, they said.
(END)