They will give Lee an opportunity to scout North Korean players before the two teams join forces for the Asian Games later this year.

Lee led his team to the North Korean capital Tuesday for friendly games over the next two days. The Koreas agreed on the basketball exchange during talks on June 18. And these games will now carry extra significance after the South and the North also agreed last week to form a joint team in five-on-five women's basketball at the Aug. 18-Sept. 2 Asian Games in Jakarta and Palembang, Indonesia.

Speaking to reporters before his departure, Lee said he felt "two to three North Korean players" may be good enough to make the unified Korean team.

"They may not be talented, but they have potential," Lee said at Seoul Airport in Seongnam, south of Seoul. "They're working even harder than our players. I think we'll do well if the players join forces."

South Korea is the defending Asian Games champion in women's basketball, having defeated the three-time defending champion China 70-64 in the gold medal match on home soil in Incheon in 2014. It was South Korea's first Asian Games title since 1994.

Lim Yung-hui, the South Korean captain, said she was "honored" to have the rare opportunity to play basketball in North Korea.

"I'll try to talk to North Korean players as much as I can and try to get everyone on the same page," Lim added.

The upcoming games will be the fourth round of inter-Korean basketball contests and the first since October 2003.

Pang Yul, president of the Korea Basketball Association, said combining the two teams won't be easy, citing the example of the unified women's hockey team at the PyeongChang Winter Olympics in February this year.

The hockey team was hastily put together just two weeks before the start of PyeongChang 2018, while the women's basketball team has a little over a month left to prepare for the Asian Games. 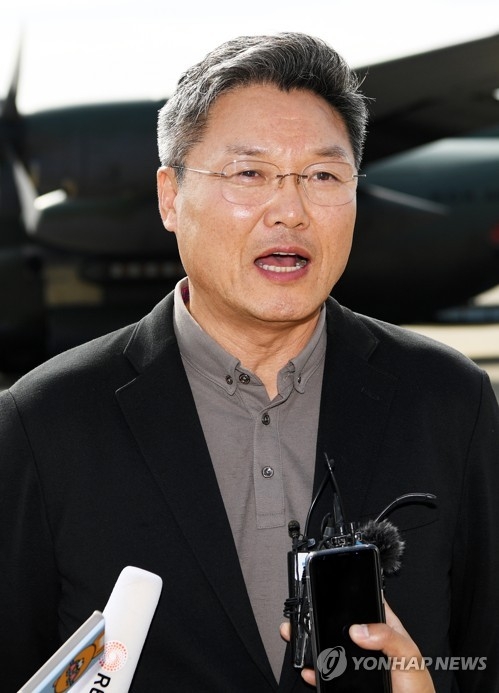