INCHEON, July 3 (Yonhap) -- South Korean police on Tuesday decided not to investigate an egg-throwing incident that occurred upon arrival of the men's national football team from the 2018 FIFA World Cup.

The South Korean national football team were pelted with eggs at Incheon International Airport in the city west of Seoul on Friday when they returned home from the 2018 World Cup in Russia, where they suffered a group stage exit.

The Incheon International Airport Police said the Korea Football Association (KFA) didn't want to punish the egg throwers, so it decided not to further probe the incident.

"We first checked the KFA's intention whether it wants to punish the offenders before we launch our investigation," an official with the Incheon International Airport Police said. "Throwing eggs is considered an assault, but it's also an offense which can't be prosecuted without the victim's objection."

Even if the eggs didn't hit the players, legal authorities said throwing eggs can be considered an assault if the purpose was to harm someone.

South Korea finished third in Group F with one win and two losses, and failed to reach the round of 16. They lost 1-0 to Sweden and fell 2-1 to Mexico but had a stunning 2-0 win over defending champions Germany. 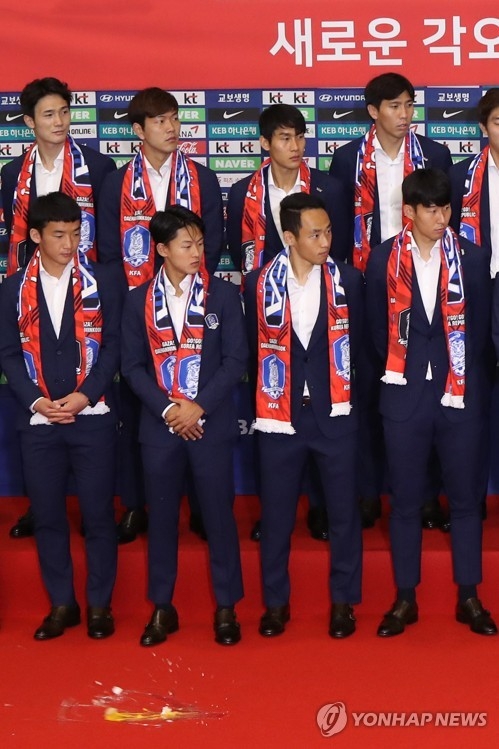