SEOUL, July 3 (Yonhap) -- One interesting thing about director Yoon Jong-bin's latest film, "The Spy Gone North," is that it has little action for a spy movie. But it is tense the whole way through with the main characters from South and North Korea involved in a tricky psychological war, according to many critics who saw the film at the Midnight section of this year's Cannes Film Festival in May.

"I had no choice because the film is based on a true story," director Yoon Jong-bin said during a promotional press conference for the film in Seoul on Tuesday. "As a filmmaker, I felt a lot of pressure to make a spy film without action. Directors can resort to action scenes to immerse audiences into their films."

After much thought, Yoon decided to make it the main concept of the movie: a spy flick without much action but plenty of tension, only with the situation where the protagonist conducts a fraught covert operation to infiltrate the highest ranks of the North Korean leadership. 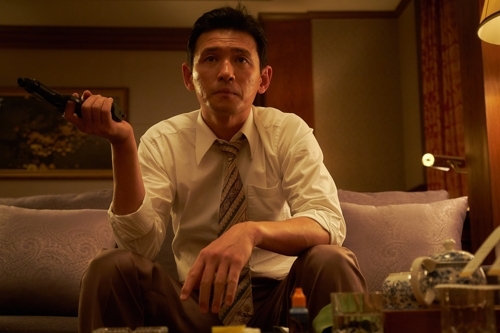 "Unlike typical Hollywood spy movies full of physical action, the film features a 'verbal war' where both parties try to deceive or are deceived by each other," said the veteran actor. "While pretending to tell the truth to the dialogue partner, I had to let the audience understand what I had deep in my mind. It was difficult to deliver such multi-layered emotions."

In the film set in the 1990s, Park Seok-yeong goes undercover as a businessman in North Korea to infiltrate its nuclear facilities using the codename "Black Venus." He approaches Ri Myung-un (Lee Sung-min), a high-ranking North Korean official in charge of earning foreign currency for his country in China, and succeeds in arranging personal meetings with the North's supreme leader after years of maneuvering.

But Park is plagued by an inner conflict after observing the two Koreas' leaders making a secret deal to prevent liberal candidate Kim Dae-jung from winning the 1997 presidential election. 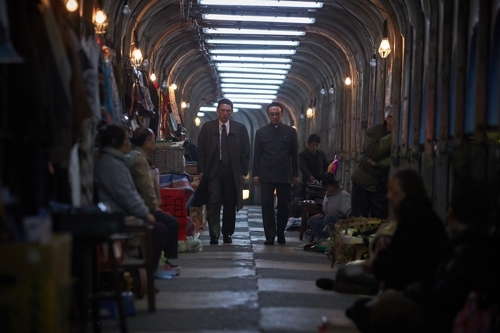 The film is based on an autobiography of real-life ex-spy Park Chae-seo, who operated as "Black Venus." The director said he decided to fictionalize the story after reading it.

The movie also stars Cho Jin-woong of "The Handmaiden" as director of the overseas bureau of the state spy agency who orchestrates the covert operation and Ju Ji-hoon of "Along With The Gods: The Two Worlds" as a senior official of the North Korean spy agency.

"The Spy Gone North" is set to open in local theaters on Aug. 8 'The Spy Gone North' director: Actual spy operations aren't like in the movies

'The Spy Gone North' director: Actual spy operations aren't like in the movies