SEOUL, July 3 (Yonhap) -- A senior Navy officer was put under emergency arrest Tuesday on charges of attempting to sexually assault a female subordinate while under the influence of alcohol, a Navy official said.

The Navy authorities have dismissed the rear admiral lower half, whose name has been withheld from the media, from his post at a base in Changwon, South Gyeongsang Province, for the crime that allegedly took place last Wednesday.

The Navy learned of the case after the victim informed her immediate supervisor.

The investigators plan to seek a warrant to formally arrest the alleged assailant as early as Wednesday.

"The Navy expresses deep regrets over the case," a Navy official told reporters, declining to be named.

"If the charges are verified following a thorough investigation, we plan to sternly deal with it in line with related laws. We are also seeking measures to prevent additional damage to the victim," he added.

Meanwhile, the defense ministry plans to hold an emergency meeting Wednesday of top ministry and military officers to check "lax discipline" in the armed services in the wake of sexual violence cases and other incidents.

Defense Minister Song young-moo will preside over the meeting involving the chiefs of the Army, Navy and Air Force, the vice defense minister and other officials in charge of military personnel affairs. 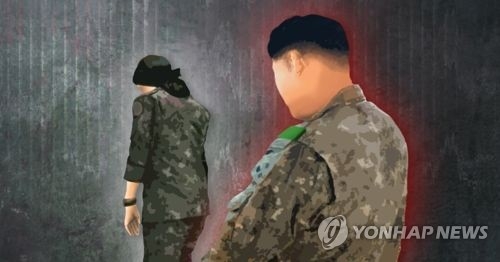