SEOUL, July 3 (Yonhap) -- Police on Tuesday recommended an indictment against a journalist for defaming a late folk singer's wife by raising suspicion that she may have been involved in the mysterious death of her husband.

The Seoul Metropolitan Police Agency wrapped up its monthslong inquiry into the case between Lee Sang-ho, a TV journalist and film director, and Seo Hae-soon, wife of the famed singer Kim Kwang-seok, who killed himself at age 32 in 1996.

Lee raised suspicions in his documentary film and social media that Seo is a suspect in her husband's death and may be also implicated in the death of their only daughter, who died of acute pneumonia later. Seo sued Lee for libel.

The police referred the case to the prosecution with a recommendation that Lee and two officials from the movie production company be charged for defamation without physical detention.

Lee has insisted Seo was after the sole legal rights to Kim's musical assets, which were inherited by the daughter after his death in 1996 by suicide at age 32.

Lee's claim came under media spotlight late last year when local media reported Kim's daughter had died a decade ago and Seo kept it secret from the public for all these years.

Lee, who has long raised questions over Kim's death, called for a reinvestigation into the death of Kim, as well as the child.

He left numerous postings on social media that said, "100 percent homicide," "A murder suspect still walking in broad daylight," and "I was looking forward to a lawsuit (against her). I'm 99 percent sure about my facts."

Police stressed that the deaths of Kim and his daughter were investigated to the full extent at the time they occurred and they found no suspicious flaws in previous probes to raise the need for a reinvestigation.

Following the police result, Lee released a statement to media, saying that he's "disappointed by the police outcome" and is ready to fight in court.

Seo has filed complaints against Lee and her brother-in-law for defamation and making false accusations. Police recommended a non-indictment for Kim's brother, citing a lack of grounds to press charges. 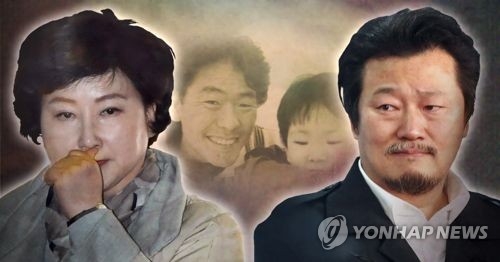