The Ministry of Justice said in a release on Tuesday that it has received a notice of intent from Mason Capital Management, seeking US$175 million in compensation for losses incurred from its investment in Samsung C&T Corp., after it merged with Cheil Industries Inc.

It is the second proposal of arbitration offered to the government by a U.S. investor. U.S. activist fund Elliott Associates offered a similar deal regarding the Samsung merger for at least a $670 million payout.

South Korea has 90 days to decide whether to accept the settlement before it goes to the international tribunal for ISD.

The merger deal was widely seen as a step to enhance the leadership succession at the family-run business empire from ailing patriarch Lee Kun-hee to his son, Samsung Electronics Vice Chairman Lee Jae-yong, after the elder Lee fell into a coma in 2014.

The deal became the center of a massive corruption scandal that led to the ousting of former President Park Geun-hye and arrest of the younger Lee. Park has been sentenced to 24 years in prison over the scandal. Lee also served a jail term before he was set free in February after an appellate court suspended his sentence.

Former health minister and head of NPS fund management unit also landed in trials for allegedly exerting influence in favor of the merger. 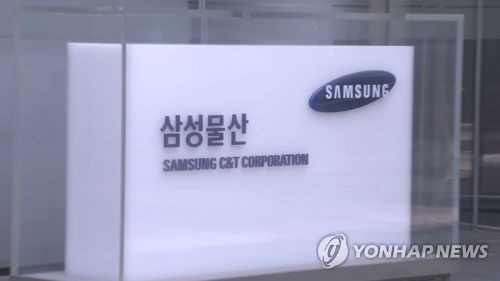