Under the deal signed on June 12, the Korean firm will establish a joint venture with its Chinese partner to get 10 billion won (US$8.91 million) in investment.

The popular animation will be available on Chinese TV and in local theaters. Separately, 52 short animations will be jointly created, which are expected to air on some 600 Chinese online platforms. Moreover, the two companies will co-produce animation films and cooperate in licensing businesses.

The KOCCA has been helping Korean businesses enter and operate in the Chinese market. J. Bugs is one of the tenants of the start-up accelerator run by China's internet giant Tencent. 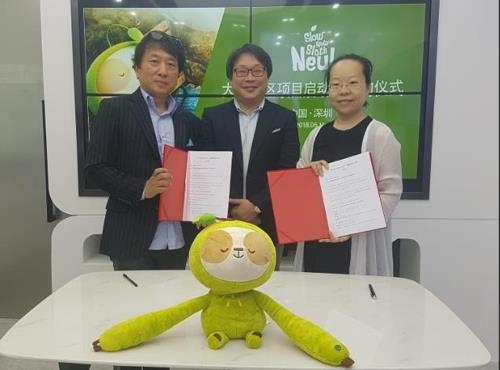