JEJU, July 3 (Yonhap) -- Scores of flights were canceled or delayed on the popular resort island of Jeju Tuesday as the southern part of the nation came under the influence of the approaching typhoon Prapiroon, airport authorities here said.

As of 1:40 p.m., 44 flights were canceled, and 22 delayed, at Jeju International Airport, the officials said.

But the cancellations were not flights leaving Jeju but those from airports in Pohang and Yeosu, along the southern coast of the Korean Peninsual, where weather conditions are worse, they added. 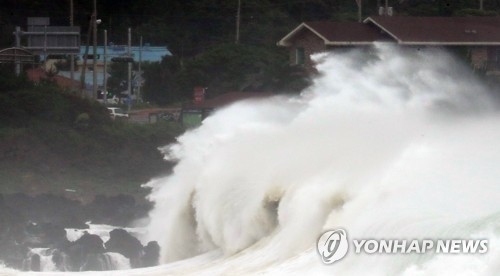 Domestic flights canceled due to typhoon

Domestic flights canceled due to typhoon