SEOUL, July 4 (Yonhap) -- High-school English teacher Song Joo-young, in her late 30s, does not watch TV anymore. She instead flicks her smartphone on for short video clips to fill intervals she has while she is on the move from home to work, from one classroom to another and again from work to home.

"I don't even know the names of the producers of the shows and dramas I watch on the web. I just enter into YouTube or Naver TV and watch whatever content that appeals to me there," she said.

The second season of "Big Picture," a reality show led by two big-name TV entertainers -- Kim Jong-kook and Ha Ha -- was at the top of her playlist before its last, 93rd episode ended last month.

The web-based show broadcast by Naver TV, the video arm of Internet portal behemoth Naver, ran its first season from September to December 2017 with a theme of fundraising for the hosts' remotely realistic "big picture" project to produce a blockbuster movie.

The duo, whose entertaining chemistry has been proven in a number of previous TV shows, filled each of the some 10-minute episodes with blatantly explicit commercial promotion of products from sponsors, combined with their unedited chatting sometimes laced with slang and vulgarity -- elements unfit for TV programs that are subject to the supervision of the broadcasting watchdog Korea Communications Commission. 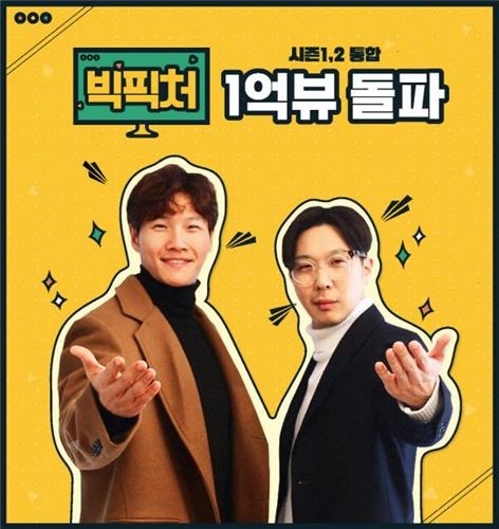 As of May, the total viewership for the two seasons of "Big Picture" surpassed the 100 million mark, an unusually stellar feat for a web-only show.

"As they are short in length, it's fun and useful to watch during short breaks or when I use public transportation," Song said.

She also cited the web video platforms' looser restrictions on content production, commercial promotion and casting as special elements that add to its charms.

"Sometimes, non-mainstream entertainers or TV celebrities who are barred from TV appearances (due to a record of minor crimes or bad demeanor) appeared on 'Big Picture' and showed the natural side of their lives alongside Kim Jong-kook and Ha Ha," she said. "Such spontaneity and sometime nutty sides of the entertainers sounds so preposterous, but it feels so liberating and natural to see what cannot be allowed on regular TV programs."

The success of "Big Picture" marks a big leap forward for Internet broadcasting platforms like Naver's V Live, which previously used to serve only as a testing ground for pilot programs before their eventual broadcasting on the TV networks.

Cable channel tvN's "New Journey to the West" was one example. Its first season was initially released through Naver in September 2015, starring famous entertainers like Kang Ho-dong and Lee Seung-gi, to sound out viewers' responses. As it took off on the Internet, a new version edited for TV airing went onscreen the next year.

Now, V Live is one of the front-running web platforms not only for a growing herd of web-only reality shows and dramas, but also for Internet broadcasting by top-notch K-pop bands like BTS and TWICE.

"V Live and its rival platforms are being most actively used as a channel for entertainment content by K-pop idols, which help them gain easier access to the public," pop columnist Kim Kyo-seok said.

The key driving force behind the growth of such web broadcasting platforms is a major change in the video watching habits of viewers, especially those in their teens and 20s.

"The paradigms for content production and consumption are shifting. Teens and people in their 20s prefer watching more video clips with shorter duration to consuming one long 60-minute content," Kim said. "So regular TV programs do not come as appealing as web content to them."

According to 2018 research by Nas Media, the average South Korean spends 52.4 minutes watching video clips on mobile gadgets every day. The average for teens is a whopping 90.5 minutes, while the figure for 20-somethings reaches 63.8 minutes.

Still, TV remains the mainstream platform for video content production and consumption for South Korea, with people in their 30s and higher preferring the traditional TV format, the critic said.

"But over the long term, the TV networks will have to embrace the advantages of the web platform in their push to transform and advance the TV broadcasting format," Kim said, adding that, "How they will do it will be a major task for the TV platform." 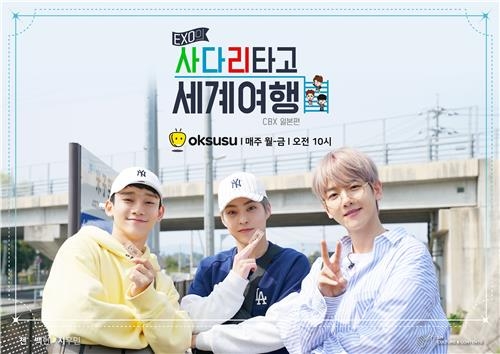