Earlier in the day, the Army marked the launch of the Korea Army Research Center for Future & Innovation consisting of 20 resident experts, including 12 active-duty officers, and some 200 visiting scholars, all with doctorate degrees.

Located at the Gyeryongdae military compound some 160 kilometers south of Seoul, the center has three divisions and one team that are in charge of research on the Army's future vision, military reform, innovation and the accumulation of related data.

"Seventy years after the Army's foundation, there is an outpouring of new ideas and technologies every day amid the rapid change in the security environment," the Army said in a statement.

"We have launched the center because we feel the constraints as we, only with our own capacity, prepare for future warfare and seek to overcome various challenges that we might face in the future," it added.

The center plans to produce a set of its own research periodicals on military innovation and army visions, which will be published on its website. 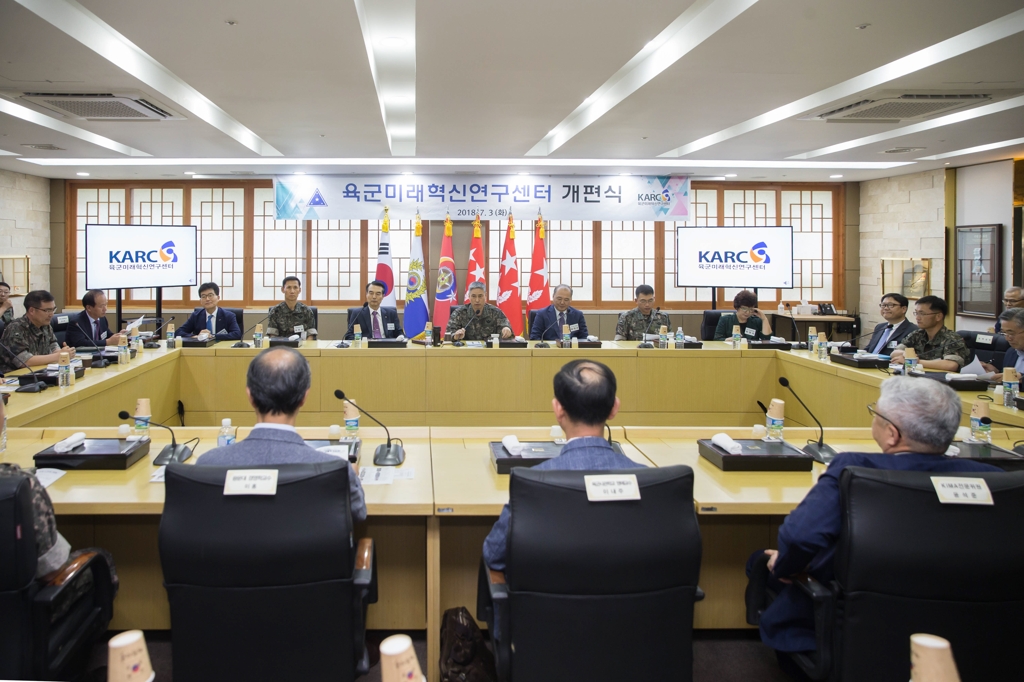