The 100-strong delegation including coaches and journalists arrived at Pyongyang's Sunan airport earlier in the day on two military planes.

North Korea is holding the welcoming dinner at Pyongyang's Okryugwan restaurant, which is famous for cold noodles, called "naengmyeon" in Korean.

"An official with authority will likely join the dinner," a North Korean official said.

The two Koreas plan to hold four basketball matches in Pyongyang on Wednesday and Thursday. The matches were arranged as a follow up to the agreement reached during working-level talks on sports exchanges in mid-June.

They will hold basketball matches for the first time in 15 years. 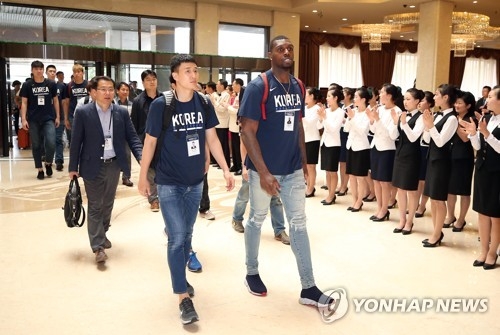