Park and the rest of the South Korean women's national team, along with the men's squad, arrived in Pyongyang earlier in the day for two days of exhibition games at Ryugyong Chung Ju-yung Gymnasium. The two Koreas will swap players for mixed games on Wednesday, and then the respective national teams will face each other on Thursday. 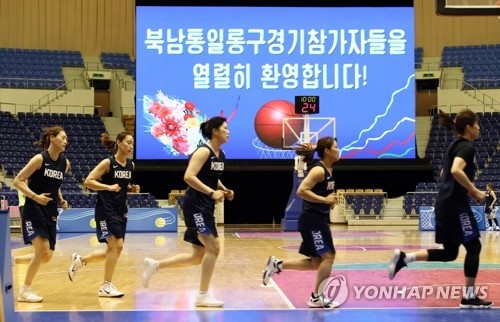 The South and the North agreed to stage these exhibition games on June 18. And last week, they also agreed to field a unified women's team in the five-on-five competition at the Aug. 18-Sept. 2 Asian Games in Jakarta and Palembang, Indonesia.

Park, a 27-year-old guard for the Women's Korean Basketball League's Woori Bank Wibee, said the final scores won't matter as much as the harmony between the Koreas.

"Since these are friendly games, hopefully we'll all enjoy ourselves and not get hurt," Park told pool reporters at the arena. "I hope we will all feel like we're one. In the mixed team events, it will feel strange to pass to North Korean players and get assists or receive feeds from them. I guess I'll find out tomorrow."

Park said she was pleasantly surprised with how big the gym was, and added the floor was in such great shape that she and her teammates will have no trouble adjusting to the new surroundings.

It will be the fourth round of exhibition basketball games between the Koreas, and the first in 15 years. Park, who's visiting North Korea for the first time, said she wants to make the most of this rare opportunity.

"We're here for more than just basketball," she said. "I'll try to take away as much as I can. I think I'll leave with some good memories personally." 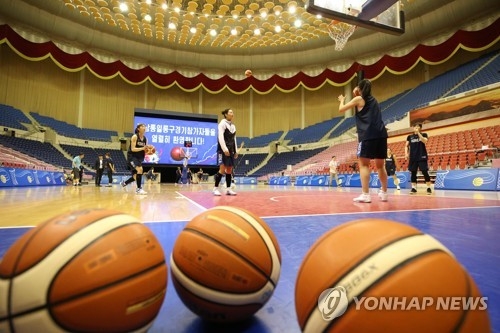