"Many good conversations with North Korea -- it is going well!" he tweeted without elaborating on the talks' substance.

Trump and Kim met in Singapore last month and agreed that North Korea would work towards "complete denuclearization" of the Korean Peninsula in exchange for security guarantees from the United States.

Senior officials from the two countries met at the inter-Korean border on Sunday to continue talks on the details of that agreement, likely including the method and timeline for North Korea's dismantlement of its nuclear weapons program.

U.S. Secretary of State Mike Pompeo is slated to travel to Pyongyang on Thursday to meet with Kim and carry on the negotiations. The two sides are also in talks over Kim's summit agreement to repatriate the remains of American soldiers killed in the 1950-53 Korean War.

Trump lamented that critics continue to attack his diplomatic efforts with the North despite the regime's suspension of nuclear and ballistic missile testing since November.

"All of Asia is thrilled. Only the Opposition Party, which includes the Fake News, is complaining," he wrote. "If not for me, we would now be at War with North Korea!"

Trump and Kim traded threats and personal insults, leading to fears of a war on the Korean Peninsula. 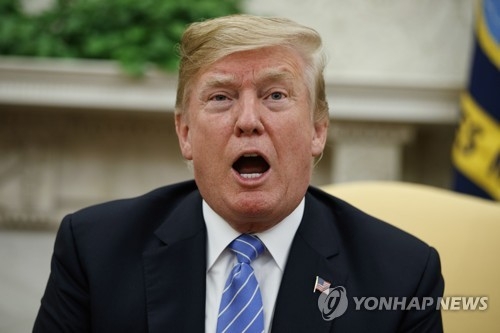