SEOUL, July 4 (Yonhap) -- The two Koreas are holding working-level talks Wednesday to discuss cooperation in the forestry sector expected to focus on addressing deforestation-related problems in the North.

The meeting began at around 10 a.m. on the southern side of the truce village of Panmunjom, according to the unification ministry that handles inter-Korean affairs.

South Korea sent a three-member delegation led by Ryu Kwang-soo, vice minister of the Korea Forest Service. His North Korean counterpart is Kim Song-jun, a senior official at the ministry of environmental protection.

"Through today's meeting, we will discuss the overall inter-Korean cooperation in the forestry sector and consult with the North on detailed implementation methods," Ryu told reporters before leaving for the talks.

The two are expected to discuss ways, in particular, to help the North deal with deforestation problems caused by excessive logging and explore cooperation in other relevant areas, such as a technology transfer.

Observers said that a joint study could also be proposed during the talks aimed at figuring out the exact condition of the North's forestry.

No data related to the current condition of the North's forestry are available.

According to the unification ministry here, about a third of the North's forest remains destroyed as of 2008, increasing the potential risks of floods and landslides.

The meeting is the latest in a flurry of contacts between the two Koreas amid a thaw in the wake of their leaders' historic April summit that committed to expanding cross-border exchanges and contacts in diverse areas.

They recently held talks to discuss cooperation in connecting railways and roads over their borders and agreed to hold reunions of families divided by the 1950-53 Korean War in August. A friendly inter-Korean basketball event, the first of its kind in 15 years, is also under way in Pyongyang. 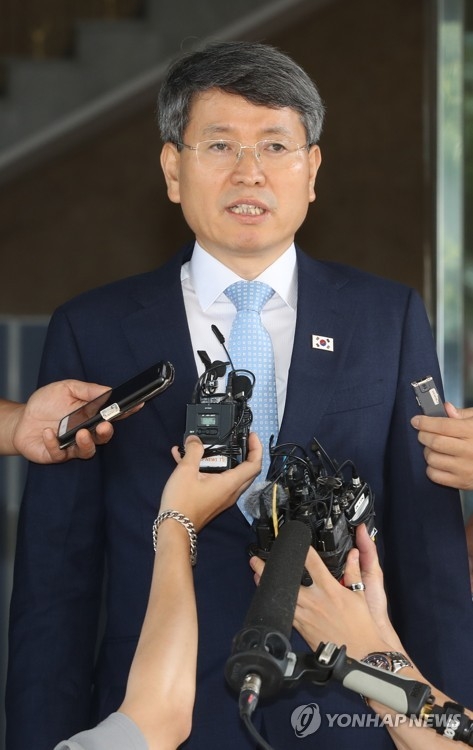