SEOUL, July 4/5 (Yonhap) -- A Seoul court on Wednesday refused to issue an arrest warrant for a former labor minister suspected of involvement in an anti-labor union scheme led by the state spy agency under the former conservative Lee Myung-bak government.

The Seoul Central District Court said it saw little need to place Lee Chae-pil in detention, citing a low risk of him destroying evidence or fleeing.

Lee, who served as labor minister from 2011-13, is suspected of involvement in the National Intelligence Service's scheme to establish a third labor umbrella group in 2011 to counter the traditional union groups, the Korean Confederation of Trade Unions (KCTU) and the Federation of Korean Trade Unions (FKTU).

He is alleged to have received funding from the NIS and to have delivered the money to the third labor group. Prosecutors requested an arrest warrant for Lee on Monday on charges of causing losses to state funds.

Lee denied any wrongdoing when he appeared at a prosecutors' office for questioning last week. 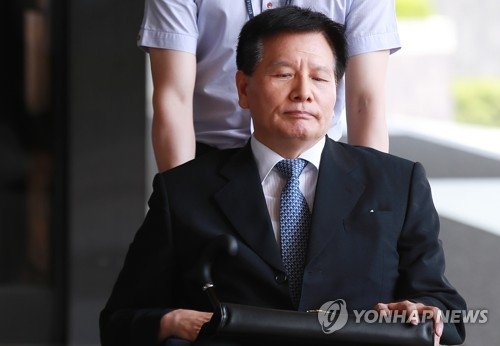