SEOUL, July 4 (Yonhap) -- The new season of the popular variety-travel show "Grandpa Over Flowers" got off to a strong start by debuting at No. 6 on the weekly TV chart, data showed Wednesday.

"Grandpa Over Flowers Returns," which aired its first episode Friday, garnered a score of 223.1 on the weekly Content Power Index (CPI) for June 25-July 1. It also recorded a high viewership rating of 9.2 percent, according to Nielsen Korea.

The first episode showed its original four senior actors in their 70s and 80s and a younger "luggage boy" actor in his 40s, joined by a newcomer, packing and leaving for Berlin, a destination specifically chosen partly to reflect on the divided peninsula and ignite discussions on reunification with North Korea. 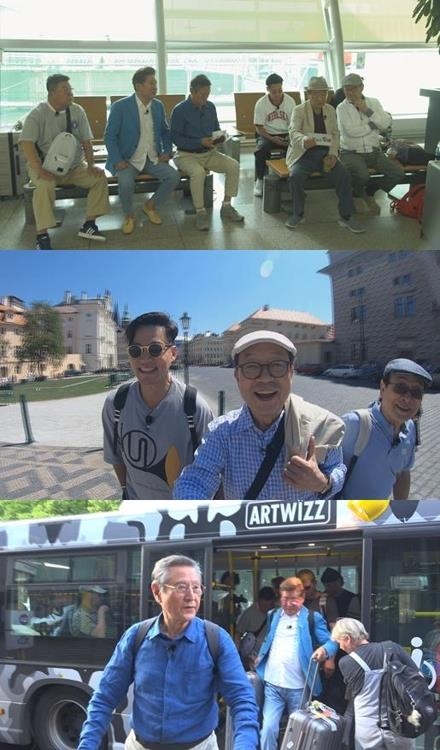 "Recently there has been more talk about reunification amid better relations with the North. And the members have vivid memories of the collapse of the Berlin Wall. So we thought it would be good to start there," the producer Na Young-Seok said at a recent media event.

Garrulous newcomer Kim Yong-gun (72), the youngest of the elderly stars, vitalized the whole group, as the producer said, while porter and travel guide Lee Seo-jin (47) struggled to take care of five senior actors, carry their luggage, road maps and food.

Since the first season started July 5, 2013, it has gained huge popularity in Korea and brought forth a cultural phenomenon.

The show has so far had three seasons -- Europe/Taiwan, Spain and Greece -- and the latest show was filmed in Germany and Eastern Europe. The series has been remade in multiple countries, including the United States, where it was broadcast on NBC under the title "Better Late Than Never."

"The show is a steady seller, if not the best-seller for the company. But we are doing this because we know that viewers feel something that they don't in an ordinary travel show. There is something touching about the grandpas' travel," Na said. 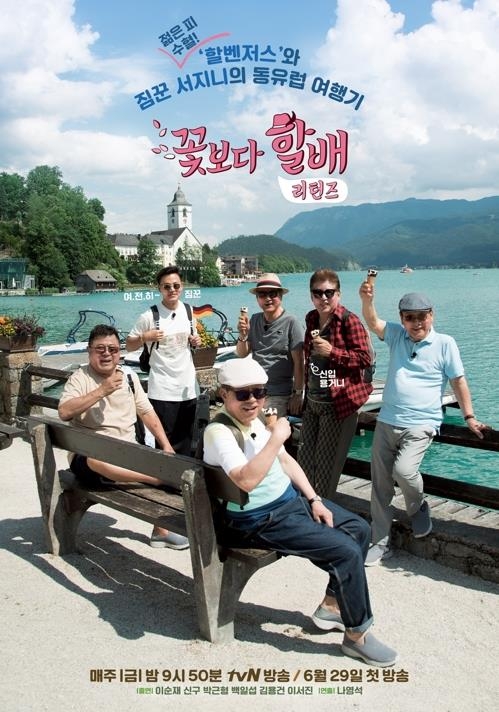 The project is aimed at auditioning talented performers from South Korea and Japan to put together a girl group through audience voting. The show premiered June 15 on Mnet and Japan's BS Scapa simultaneously.

The program, first unveiled in "2017 MAMA in Japan" in November, is a collaboration between Mnet's popular audition program "Produce 101" and Yasushi Akimoto, who produced AKB48.

'Grandpa Over Flowers Returns' debuts at No. 6 on TV chart

'Grandpa Over Flowers Returns' debuts at No. 6 on TV chart