SEOUL, July 4 (Yonhap) -- Yonhap News Agency has published its English-language almanac to summarize key events and issues in South Korea in 2017 from the unprecedented ousting of a sitting president to heightened tensions over North Korea's weapons tests.

The "Korea Annual 2018" also features a special section on the historic summit meetings between President Moon Jae-in and North Korean leader Kim Jong-un, as well as between Kim and U.S. President Donald Trump in the second quarter of 2018.

The almanac, the only English-language annals published in Korea, contains all the latest information on the country and covers a wide range of subjects, including politics, economy, society, culture, sports and North Korean issues.

Prominent events covered in the book include the ouster of President Park Geun-hye over corruption in March, the election of Moon Jae-in as the 19th president in May, North Korea's September nuclear test and continued tensions through the year, the Seoul-Beijing feuds over the deployment of a U.S. missile defense system, the earthquakes in the southern city of Pohang in November and the preparation for the 2018 PyeongChang Winter Olympic Games.

The almanac, issued annually by Yonhap News, has served as a useful reference for foreign governments, international organizations, diplomatic missions and people around the world interested in the country.

"This easy-to-use handbook includes a chronology of Korea in 2017 and key statistics on relevant matters," Yonhap News' publication department said. "Also this year, the almanac's layout has been enhanced with photos and graphics."

"This is an essential tool for anyone wanting to maintain an in-depth understanding of the complex fabric of Korea's evolving society, culture and business landscape," it added. 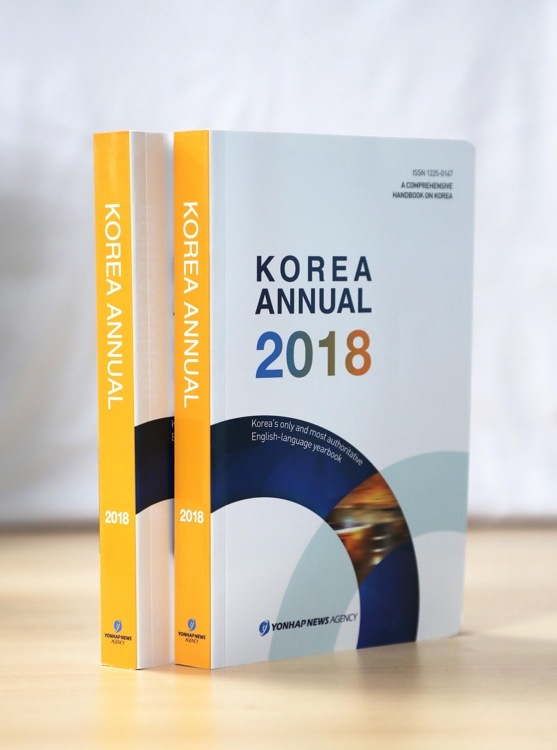