In June, Hyundai Motor sold a total of 64,052 vehicles in the U.S., up from 54,507 units a year ago. The monthly figures include sales of Hyundai's sub-brand Genesis vehicles, the company said in a statement.

Sales of SUVs, such as the Tucson and all-new Kona, were up 37 percent, exceeding 30,000 units for the first time ever and setting an all-time record for the fourth month in a row, it said.

"June was a well-rounded month for Hyundai, achieving both overall and retail sales growth and seeing gains in our key sedan segments and SUVs," Director John Angevine, who is in charge of national sales at Hyundai Motor America, said in the statement.

"The realignment of Hyundai's lineup is beginning to take hold with SUV sales reaching nearly half of our total volume. With the all-new Santa Fe SUV coming later this summer, consumers are recognizing the strength of our SUV products and our dealers are delivering in communicating the versatility of our lineup to meet any need," he said. 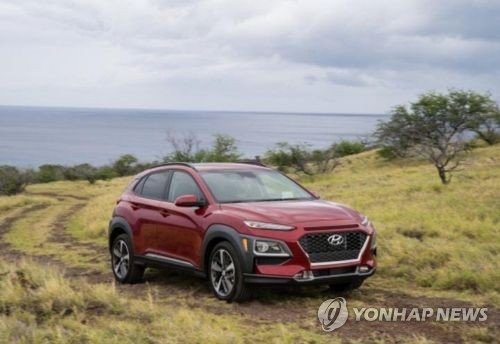