Above is a video of the group speaking about the new album during a media showcase held hours before its release.

The six-member group said the album's title "One & Six" simultaneously represents their vow to show all the different colors of the six members in one album and symbolizes the six members and their fans united as one for the band's seventh anniversary since their debut.

The album marks a major turnaround from Apink's previously angelic and innocent image to that of mature women. The title song "I'm So Sick" portrays the pain of a woman who broke up with a lover.

Having debuted in 2011 with their first EP album "Seven Springs of Apink," the group is best known for such hit songs as "Mr. Chu," "NoNoNo" and "LUV." 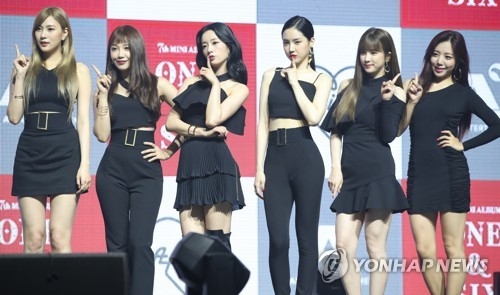 Apink talks about new album 'One & Six' in media showcase

Apink talks about new album 'One & Six' in media showcase