Pompeo is scheduled to visit Pyongyang from Thursday to Saturday for the first high-level talks between the two countries since the historic summit between U.S. President Donald Trump and North Korean leader Kim Jong-un last month.

It would be Pompeo's third trip to Pyongyang. The two sides are expected to flesh out details of the Trump-Kim agreement under which Kim committed to complete denuclearization in exchange for security guarantees from the U.S.

Asked if Pompeo would be visiting South Korea's presidential office Cheong Wa Dae after the trip, presidential spokesman Kim Eui-kyeom told reporters that Pompeo has no such plans and is expected to travel directly to Tokyo.

In Tokyo, Pompeo is expected to hold a three-way meeting with Kang and Japan's foreign minister.

Asked if there is any possibility of Unification Minister Cho Myoun-gyon, who has been on a visit to Pyongyang, meeting with the North's leader, the spokesman said he has no idea, but he said he looks forward to such a meeting.

The spokesman also said Cho is unlikely to meet with Pompeo while in Pyongyang. 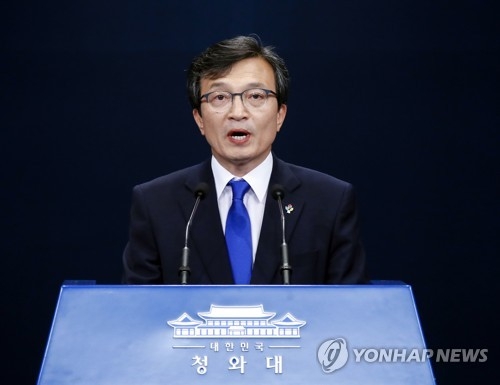 Cheong Wa Dae: FM to meet with Pompeo in Tokyo after his trip to N. Korea

Cheong Wa Dae: FM to meet with Pompeo in Tokyo after his trip to N. Korea