"We need to make progress in deregulations so as to buoy job creation and innovative growth," Finance Minister Kim Dong-yeon said in a economy-related ministers meeting in Songdo, just west of Seoul.

The minister stressed that more discussions are needed to gain traction for drastic deregulation.

President Moon Jae-in was scheduled to preside over a meeting Wednesday last week, which was called to assess the progress of the government's deregulation measures, but the meeting was called off after Prime Minister Lee Nak-yeon asked for a postponement.

The prime minister stressed that more work should be done, and Moon expressed frustration about the lack of progress and accepted the request for postponement, saying he looks forward to seeing tangible results.

The policymaker said that South Korea's economy needs critical growth momentum to mount a sustainable expansion going forward and stressed that innovative growth is crucial in that context.

Meanwhile, the minister said the currency authorities are taking a close look at the current movement of the Korean won against the U.S. dollar. "We are working with the Bank of Korea and the government will take firm actions if there are one-sided movements (in the currency market)," he said.

As to economic conditions, the minister said there are some positive factors, such as the implementation of an extra budget and an increase in the number of Chinese visitors, but downside risks, such as growing trade friction and the normalization of monetary easing, also exist. 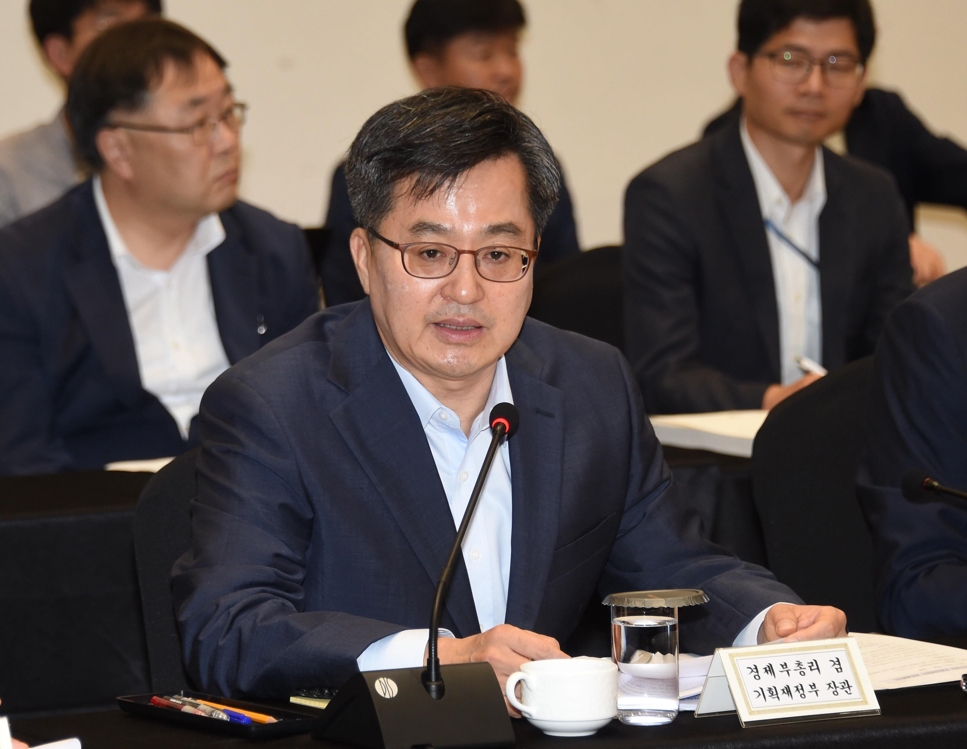