Operatives from the cyber warfare command and the Defense Security Command (DSC) have been accused of having posted online comments in favor of former conservative governments in breach of their duty to maintain political neutrality.

This week, the military also came under fire after a senior Navy officer was put under emergency arrest for allegedly attempting to sexually assault his female subordinate while under the influence of alcohol.

"Recently, things that should never have happened in the military have occurred. These incidents have resulted in a tremendous loss of citizens' confidence in the military," the minister said in his opening remarks at an emergency meeting of about 40 top ministry and military officials on discipline.

"I, as the minister, will take measures to ensure that the illegal political interference by the DSC and cyber command will be the last in the history of our armed services. Also, through the efforts, I will try to make organizational, institutional and legal improvements," he added.

The meeting that Song called to check on "lax discipline" comes amid concerns that the emerging mood for peace with North Korea and the recent suspension of a major South Korea-U.S. military exercise could weaken the allies' military readiness.

At the meeting, participants focused on the causes of sexual violence and deadly accidents in the military, and measures to prevent them.

"Participants recognized the seriousness of an increase in reports of sexual violence, seniors' suicides and multiple accidents involving aircraft and other vehicles," the defense ministry said in a press release.

"They vowed to actively push for measures, such as strengthening education against sexual abuse, sternly punishing assailants and crafting tailored steps to prevent suicide," it added.

The minister called on the top commanders to put themselves at the forefront of the efforts to shore up public trust.

"We all have to recognize that rooting out sexual violence by those in power is a new task of our times. We will strongly punish the recent case through an exhaustive probe," he said.

"I call for measures to prevent any loss of life through a thorough analysis of the causes of deadly accidents in the military," he added. 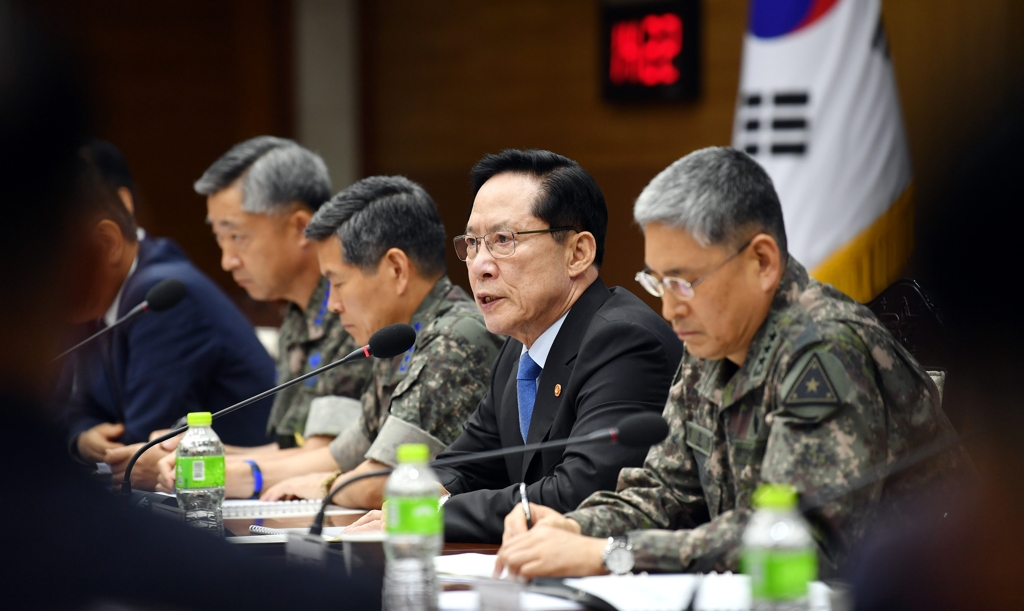