SEOUL, July 4 (Yonhap) -- South Korea is bracing itself for another round of tough talks with the United States on Iranian oil imports, with a focus on convincing the Trump administration of why Seoul should be granted a waiver, a government official said Wednesday.

An interagency team of officials, led by Deputy Foreign Minister for Economic Affairs Yun Kang-hyeon, plans to visit Washington D.C. later this month for the second formal negotiations on the issue. The previous talks were held in Seoul in June.

The U.S. has pressed South Korea and some other nations to cut down its purchase of Iranian oil to zero or face so-called secondary sanctions. The deadline is Nov. 4, when the 180-day grace period ends.

In May, the U.S. announced its exit from the 2015 nuclear agreement with Iran, called the Joint Comprehensive Plan of Action, and plans to reinstate harsh sanctions on the OPEC member.

"The ultimate goal of the U.S. is to eradicate Iran's crude oil revenue," the foreign ministry official told reporters on background.

It marks a difference from the Obama administration's approach to "substantially reduce" Iran's oil income, the official added. South Korea slashed oil imports in stages for a waiver. 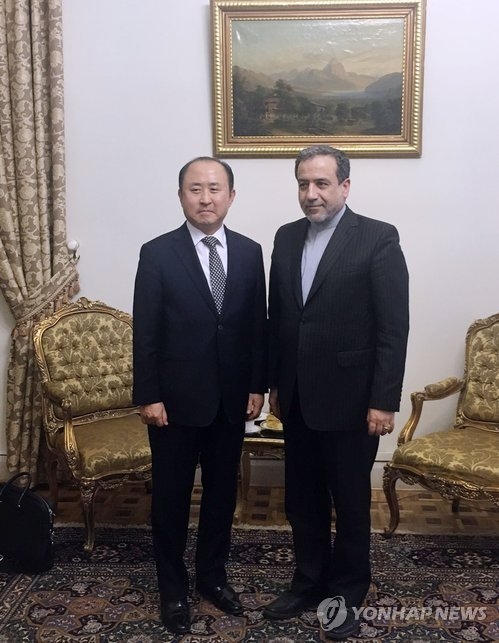 Since the nuclear deal and the easing of sanctions on Tehran, Seoul has recovered a significant amount of oil imports from the country.

"Indeed, energy sources from Iran have become quite important for our economy," the official said.

South Korea buys 53 percent of its condensate from Iran, and it comprises 73 percent of Iranian oil brought into the nation, formal data showed.

The key to negotiations with the U.S. is to win "maximum flexibility" so that South Korea's economy can endure the resumption of sanctions on Iran, he added.

For the major Asian economy, continued purchase of Iranian oil is of also significance to keep the won-based settlement of bilateral trade transactions alive.

The two-way trade volume totaled US$12 billion in 2017, with South Korea exporting $4 billion worth of products.

South Korean refiners put money into bank accounts here for oil imports from Iran, whose firms pay for the purchase of South Korean products through them.

"We can't predict the outcome of consultations with the U.S., but U.S. officials are apparently aware of the impact to regional and global economies when South Korea's economy suffers huge damage from Iran sanctions," the official said.

The government also sent a delegation to Tehran last week to explain Seoul's position on the matter.

Yun, the deputy foreign minister, stressed that South Korea will do its best to maintain good relations with Iran although it has no other choice but to support U.S. sanctions. He's leading the government's task force to explore ways to minimize the impact of the U.S. move on local business.