SEOUL, July 4 (Yonhap) -- For artist Jwa Hae-sun, there is nothing ordinary about everyday life. Most people who outwardly seem to be leading normal lives have skeletons in the closet, she believes.

During a press event for her third solo exhibition "The Most Ordinary Stories" at Arario Gallery in Seoul on Wednesday, she said she learned the simple life lesson while she taught kids as a visiting art teacher for 4-5 years. It was a rare chance for her to peek into someone else's life, she said.

"For me, an ordinary story is where no one dies. You go out in the morning and come back home safely. That is ordinary. But in fact surprisingly many things happen in a day," she said. 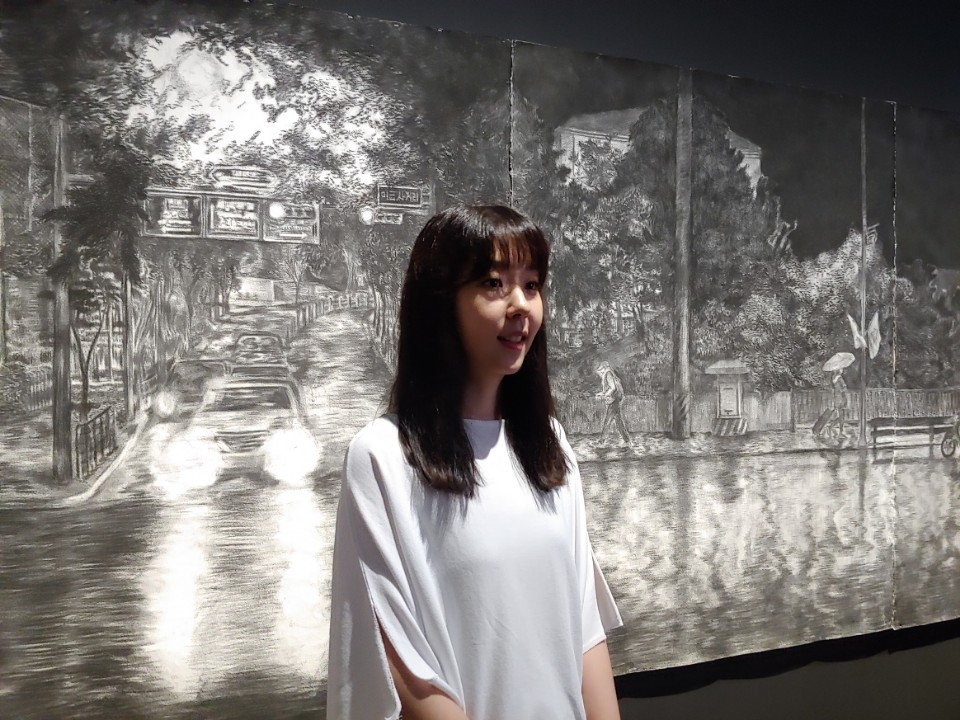 The artist has been working on people's ordinary-yet-extraordinary lives on canvas.

In her first solo exhibition "Meals" in 2010, she showed a series of color paintings with the theme of kitchen and cooking based on her own experience of making three meals a day.

"Familiar Landscape," her second exhibition in 2015, depicted people going about their lives -- a kid heading home after school, people waiting for bus after work and a baby asleep in mother's embrace.

Her latest show, with seven pigment color paintings and a charcoal drawing series comprised of 15 works, takes one step further from previous shows to include her short novels that can "make up for" the stories missing from her drawings. 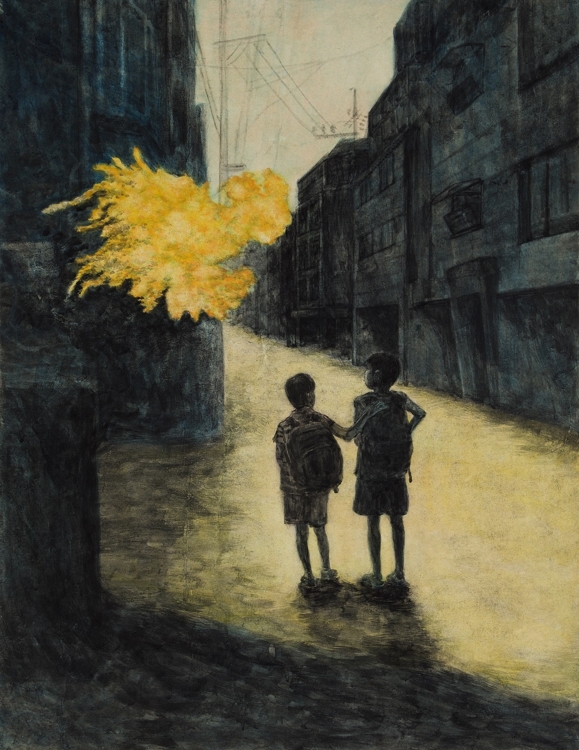 The 20-meter-long series, painted for two years and displayed on the gallery's basement, is filled with familiar landscapes, so ordinary that viewers might scratch their heads trying to recall where they might have seen those places. People in the drawings aren't identifiable, a trick that the artist used on purpose to pique the viewers' interest and imagination.

Unusual about the exhibition is 15 short stories that she wrote by herself based on the stories that she heard from the mothers of her students.The collection of short novels deliver stories about domestic violence, bullying at school, poverty and domestic troubles, stories that are very common but not readily shared even among close friends.

She asked 15 different people to write down the stories on paper, which are framed and on view on the basement's wall. Different handwriting, she believed, would help the viewers become more immersed in each story.

"When you go out, you only see scenes and people that are nothing special. The texts in the exhibition are to specify what people want to hide," she said.

Born on Jeju Island, the 33-year-old painter majored in oriental painting at Sungkyunkwan University in Seoul. She is one of the most promising Korean young artists chosen by the gallery.

The exhibition runs from July 5 to August 19. 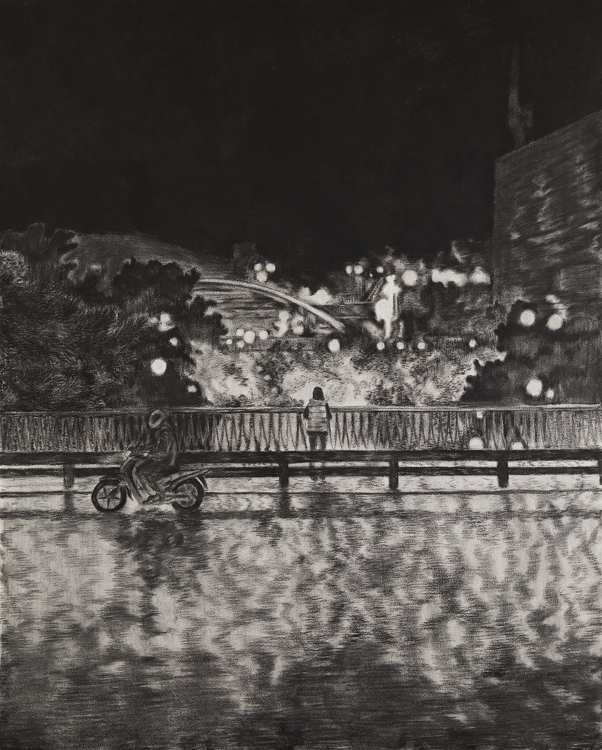