The four-piece band will hit the stage for the first show of its world tour at Seoul's Olympic Park on Aug. 19 at 6 a.m. under the title "WINNER 2018 Everywhere Tour in Seoul," YG Entertainment said.

After Seoul, the tour will continue in seven other Asian cities: Taipei, Kuala Lumpur, Bangkok, Singapore, Manila, Jakarta and Hong Kong. Additional stops of the tour will be announced later, according to the agency. 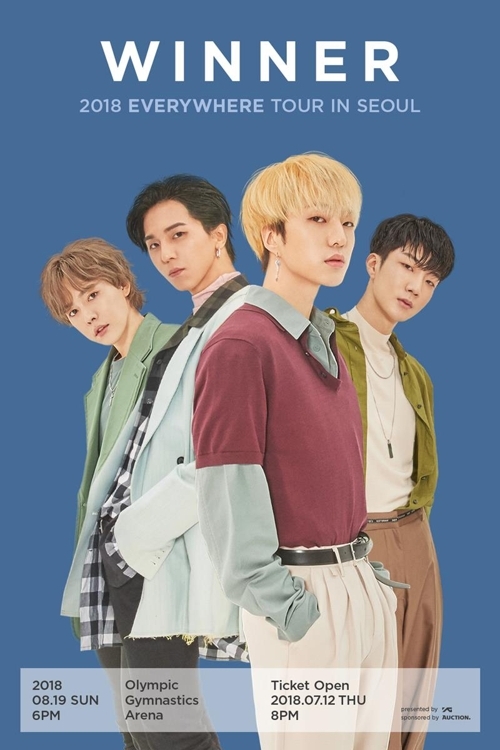 WINNER to kick off world tour next month

WINNER to kick off world tour next month