After running losses for years, Samsung Biologics reported a net profit of 1.9 trillion won (US$1.72 billion) that year by changing the method of calculating the value of its affiliate, Samsung Bioepis.

The bio firm has claimed that the switch was in line with international accounting standards, while some civic groups and lawmakers have suspected that Samsung BioLogics may have inflated its profit to raise its value to benefit Samsung Group's heir apparent Lee Jae-yong, who held a major stake.

The regulatory panel has extended its examination into fiscal records written between 2012 and 2014, while asking the FSS to elaborate on alleged drawbacks and recommendations.

As the FSS presented a renewed version of its regulatory report on the case, it is expected to take longer for the panel to make a final ruling, which was slated for July 18.

"Additional preliminary sessions will be held to further review the case before it is wrapped up," an FSC official said. 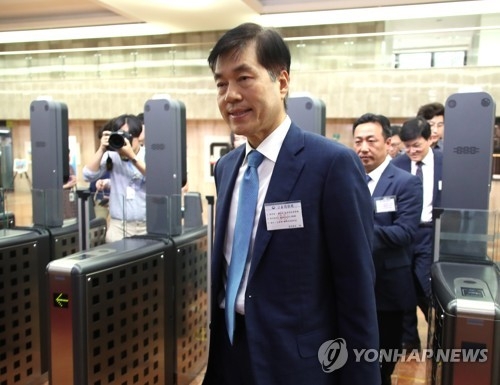